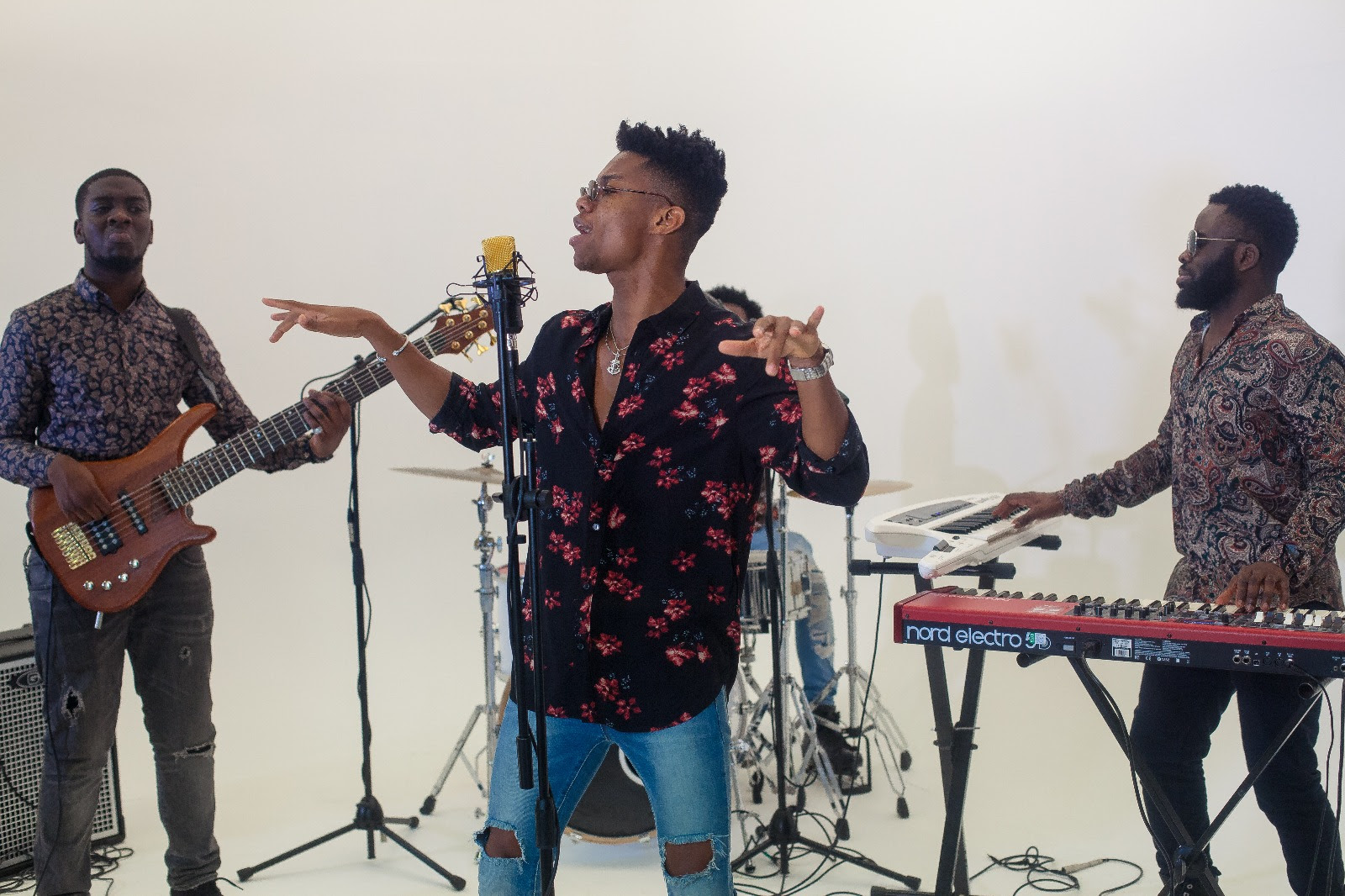 He is one of Ghana’s rising stars currently receiving attention around the world and is one of the quartet described by connoisseurs of the game as the future of Ghanaian music and Afrobeat rhythms.
Singer, song writer and producer, Kidi is taking over with his infectious voice and charm. With over 8 million views on YouTube since he first launched his music career, he has emerged as a frontrunner in the Ghanaian music space. Following the release of ‘Odo’ back in summer 2017, which won him many fans and admirers, Kidi has now raised the bar higher to challenge himself.
After the airing of his interview with Lisa-Marie Misztak of BBC’s Focus on Africa recently around the continent, the talented singer has released a live version of the hit single ‘Odo’ which features Viva Band Uk, the latest talent taking over the London scene with their creativity and vibrant personalities, formed with a Keyboardist, Drummer, Bassist  and Band DJ.
The live band session  was recorded to celebrate his hugely successful tour in the United Kingdom together with his label mate Kuami Eugene and King Promise, which was organized by Ghanaian international event company Akwaaba UK (The Akwaaba Group) in partnership with West Jam promotion.
Commenting on project, Kidi expressed his excitement about the tour and also the live rendition of the song. “Music can be presented in so many different ways and after I released Odo, I always dreamt of the many other ways I could have presented the song. I felt like this acoustic session with the Viva Band was a way for me to express that same emotion, but in a different style. We decided to make this wonderful love song a little bit more indigenous and to take it back to the roots of Ghana highlife”, he added.
The multiple Ghana Music Awards nominee is preparing to release a new single titled ‘Adiepena’ in the first week of April 2018.
The video, shot by Sammy Shoots captures Kidi’s amazing ability to take any song and turn it into a beautiful rendition. The video for the live rendition of ‘Odo’ is accessible  below