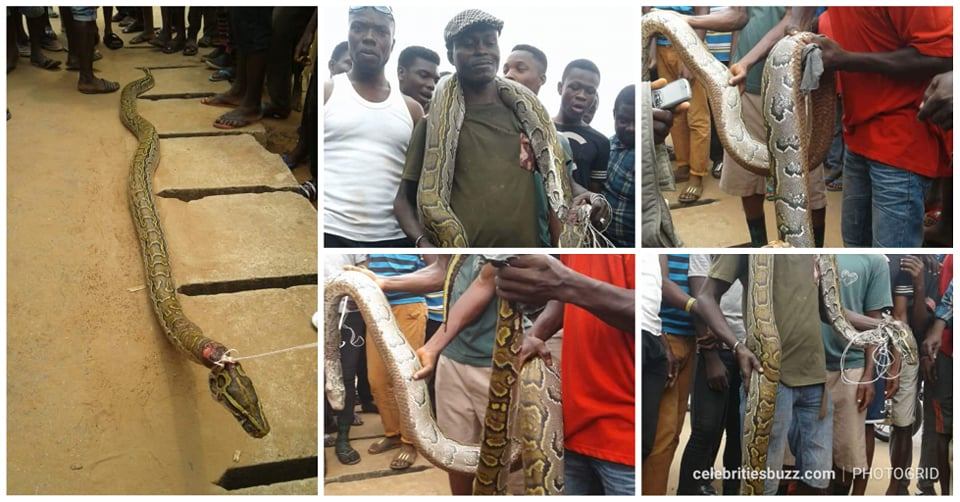 Man 38 saves himself and family from deadly python in Awayikorpe

Mr. Eklu Awayi, native of Dzodze Awayikorpe in the Ketu North municipality was grateful for his creator for saving him and the family from a huge and deadly python that was about to devour them in the early hours of Tuesday the 21st of August 2018.

‘ It was by the grace of God that I and my family are still alive today ‘,he said.

According to Mr. Awayi, he and his wife and their baby was on their way to inspect their charcoal project at the side of WF road that linked Weta and Ave Xevi in the ketu North municipality when the baby trapped at the back of the mother suddenly cried from her sleep.

ALSO READ:   Edem to feature top 6 rappers from volta on Biggest Collaboration Ever

This Mr. Awayi said alarmed him to find out what was the cause of that sudden cry. He said at that point he noticed this deadly python that was about to attack them.

Through lot of struggling, Mr. Awayi said he was able to over power the animal, killed it and send it to Dzodze police station.

How Schools Support Project is impacting Education in rural Ghana