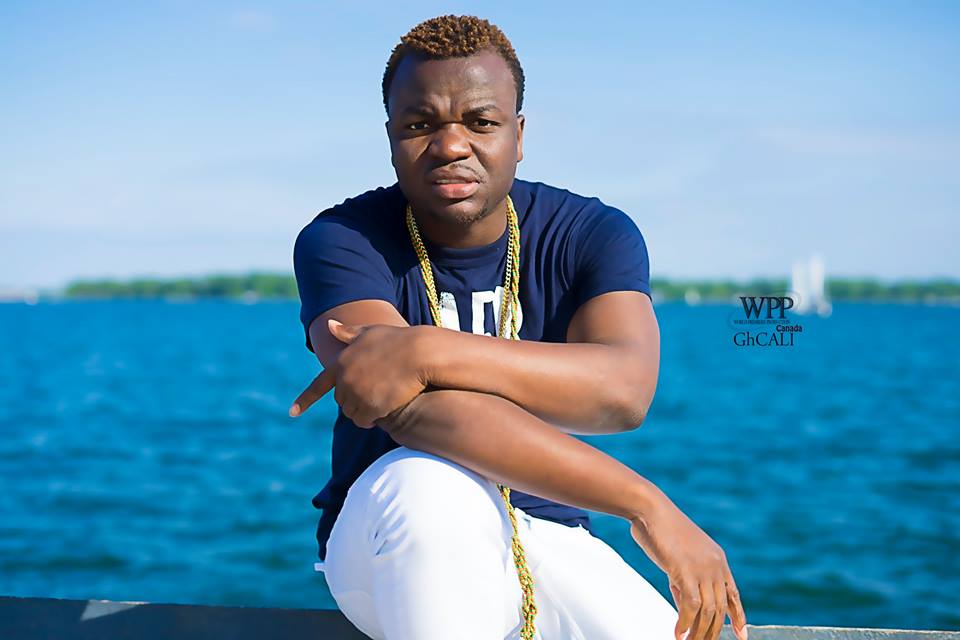 Kwabla Jacob Dunyo better known in the music industry as GhCali is an embryonic Ghanaian – Canadian artist. Born in the village of Dagbamete in the Volta Region of Ghana. A son of a chief drummer, Professor Frederic Kwasi Dunyo.

The 30 year old is musically inclined and holds the stage in high esteem. He loves playing African music with a mix of classical, Socca and Hiphop. His lofty goal of making an African sound mainstream and international is his basic priority and always working endlessly towards making that dream a reality.

He started his education at Martin Luther King Junior School then ‘Amazing Love Junior High School’ before passing out at Koforidua Secondary Technical School. He academically mastered his craft in the areas of video editing, audio/sound design, acting, composing, teaching, and performing.

In 2009, he established World Premiere Productions a company that renders quality audio and video production.
He later moved to Toronto, Ontario in Canada. The City that is becoming known as Hollywood North became his base to fully pursue his music career. He studied audio engineering/DJ arts at Trebas Institute.

In recent times he is noted as Toronto’s main producer and composer for most budding artiste. He has also contributed tremendously to the audio-visual production in his capacity.

He has worked with Barbados’s Tyrone Greenidge on his previous collaborations and recently released an Afrobeat song together with one of Ghana’s best music groups Gallaxy called ‘Baby Kafo’. The song which was produced by award winning producer Street Beat is gradually paving ways in Ghana .He is still working judiciously to work with some of the big names in the music industry worldwide.