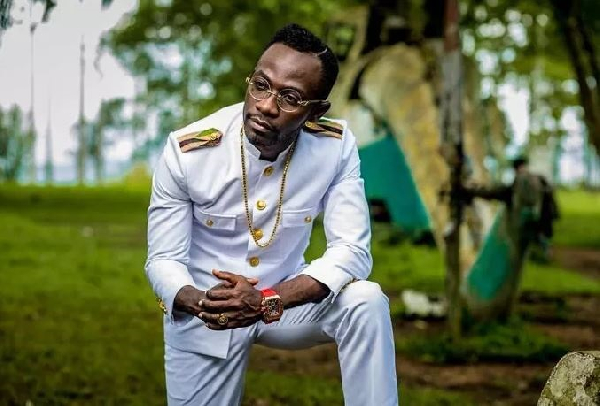 Music icon Okyeame Kwame has commented on the road protest staged by Adenta residents saying the economy is becoming difficult as a result of economic situations across the globe.

“I think the nation is becoming a little hard because of the global economic situation. Britain is in Brexit, Europe is suffering herself so instead of sending their money to Africa, they send it to Greece.

“America is suffering, they have a bad leader. All these things are affecting our economy. So I think the politicians should come up and have a dialogue with the people again,” he noted on The Zone on Starr FM Friday when he was asked about the development.

Residents went on rampage Thursday by burning car tyres on the highway to register their protest over the rampant killing of people on the highway due to lack of footbridges.

Meanwhile, Pressure group, OccupyGhana, has condemned government for not being proactive in dealing with the carnage.

OccupyGhana is calling on government to “immediately” construct rumble strips “on the long stretch of road beginning from the University of Ghana to the Pantang end of the highway to reduce the unnecessary speeding of drivers.”

It also added: “Government should replace all faulty traffic lights that have been faulty with modern and solar powered controlled traffic lights. Further to this, extra traffic lights with toucan crossing system must be fixed to allow free flow of traffic.”

Commenting on the unfortunate death of Kumawood actor Abass, he disclosed that security person as his body guard is not his priority as at now but believes the Supreme Being is his protector