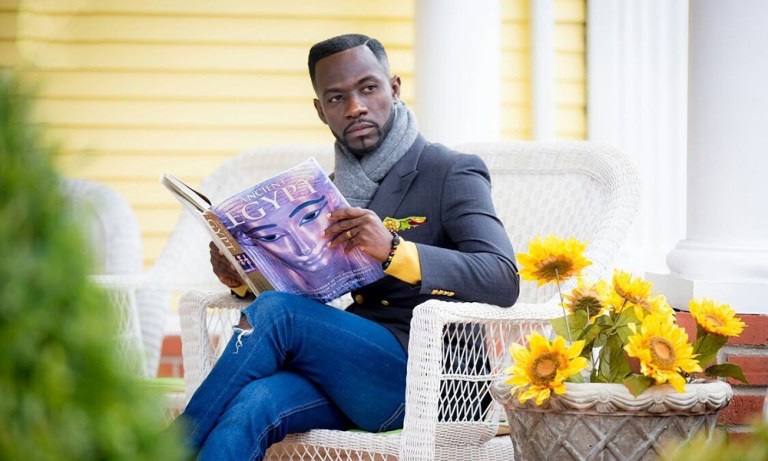 Ghana’s ‘Rap ‘Dacta’ Okyeame Kwame is not relenting on his advocacy for Ghanaians to be conscious of their true identity.

He has, in an interview with the BBC reiterated his resolve to whip up the sense of national pride in the Ghanaian.

The UNICEF Ambassador stated that he is bent on achieving the said objective through music – hence his ‘Made in Ghana’ project.

“I have been an artiste for 21 years. I have done 9 studio albums and I realized that my impact is not fully felt here in Ghana. I have done a lot of things – great shows, great performances, great music.

But until I’m scratching my people where it’s itching the most, I’m not at my best. So I decided to record an album which in the short run will inspire national consumer behaviour,” he said.

When asked if Ghanaians were oblivious of who they are Okyeame replied: “even if some people know about the little intricacies of our cultural uniqueness, it is important to bring it into pop culture.”

Okyeame Kwame noted that his ‘Made in Ghana’ project is aimed at bringing about unity in diversity – so that even though different ethnic groups in Ghana are urged to keep abreast of their individual cultures, people from other groups would as well be encouraged to taste different cultures.

READ ALSO 👉  Sex was not the cause of Kunta Kinte's stroke – Okyeame Kwame debunks.

The Made in Ghana Ambassador will be releasing a 10-track album which represents each of the 10 regions of Ghana.
Some musicians on the album are Kidi, Kuami Eugene, Wutah Afriyie, Kurl Songx, Kwan Pa and Feli Nuna.