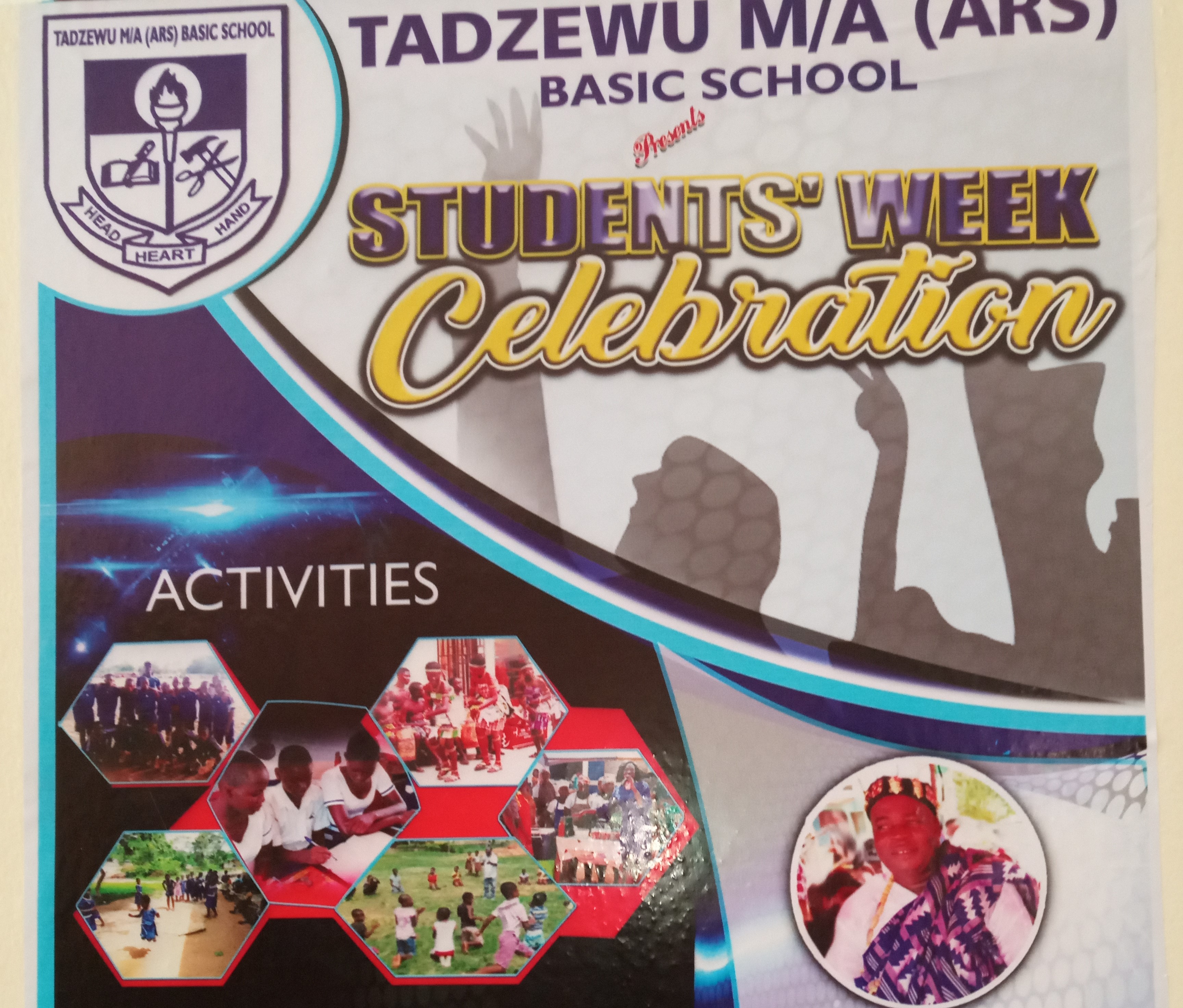 554
SHARES
ShareTweetSubscribe
This year marks the Students’ Week Celebration of Tadzewu MA ARS school, and the school celebrated this milestone by hosting a special Students’ Week Celebration celebration on December 14, 2018. Students and parents, along with current and former staff members of the school, came together to enjoy a barbeque supper and to reconnect and share memories.
.
The headmaster, Mr Smile K. Mensah in his speech welcomed everyone with the popular greeting “Ntsi fafa!” He said “you are very warm welcome to Tadzewu *Students’ Week Celebration.* Indeed, I’m most grateful to have you all here today. This is the first time and the only Basic School in the whole of Ketu North Municipality to launch *students’ week celebration*, a physical manifestation of the school’s aspiration to think big and aim high.”
.
He added “Tadzewu ARS Basic School was established on November 3, 1939 by Mawu fe Ame *Prophet Charles Kwabla Nutornutsi Wovenu.* It is said “if there is no beginning, there can be no progress”. On September 3, 1939, Mawu fe Ame CKN Wovenu left Akwatia to his hometown, Anyako when they were asked to join the army or lose their jobs. Several of his staff joined the soldiers but he rejected the offer because he was already doing God’s work. He later moved to his hometown Anyako on October 4, 1939. After a few days, he moved to Tadzewu in the month of November.”
.
“Prophet CKN Wovenu did not find things easy in matters of finance when he arrived in Tadzewu and started his missionary work. As everyone could envisage before any establishment is found, much trouble has to be borne, so it was with him. To establish School and Church in an area such as this where no school existed before  is a herculean task. Mawu fe Ame, CKN Wovenu had to go round on preaching journeys and in search of school children.Upon his arrival in Tadzewu November 2, 1939, a day before he opens Tadzewu ARS school. He asked a small boy of the village to ring a hand-bell he gave him, to invite the children to his house, to which invitation they responded instantly.
.
Their readiness spurred him to speak to them about God. Without hesitating, he revealed the importance of them attending school and ask them to enrol as pupils of the school which he intend building and which they accepted unanimously amid deafening applause accompanied by the expression *”we shall attend”.* At the dawn of November 3, 1939, before he was out of bed, the children were flocking his house in torrents for school. They were in all 42 who formed the nucleus of his work you see today. The school now has a total student population of 1,051 while the teaching staff strength stands at 28. Meaning one teacher to 42 pupils.”
.
Today’s occasion is earmarked to raise fund to tackle the dire situations at the KG, furnish our ICT laboratory, and to furnish the library with books and to honour both staff and students who had established excellence in their various fields of endeavours.
.
This programme was organised under the theme: *“Achieving to Educational Excellence; a shared Responsibility”.*
.
On the challenges, the headmaster wish to unpretentiously bring to your notice the situation  the school is facing at its kindergarten department. They have only a two unit classroom block that was completed many years ago. The huge enrolment year in and year out has made pupils overcrowded in the classrooms. The worst part of this issue is that those in KG 1 are not even in classroom. They are accommodated under a shade. They are often beaten by the rain at all times. This deficiency of infrastructure coupled with lack of library books and computers is making the children go through serious challenges to access education looking at the only school directly under the ARS Church.
.
He added that “I want to appeal to parents, especially mothers who are prone to spoiling their children, to desist from that habit, this act makes children Lords over you in your own home and when they start giving you problems, you may turn around to blame the teachers. We should remember that discipline is one virtue in life and a critical ingredient for success.” 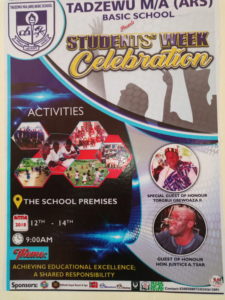 .
The headmaster also urged all stakeholders, including parents, students, Civil Society Organizations, religious and traditional leaders as well as government agencies and departments involved in the development of the young ones, to work closely together to mould the students to enable them develop their full potentials into the next generation of investors, scientists, innovators, politicians and nation builders, based on discipline.
.
Mr Smile Mensah also commended government for the unmeasured help it had and have been extending to the school. He also thanked the teaching staff, the church, the Chiefs and the elders, and the P.T.A for the part they play in instilling discipline in the school.
.
Again, the headmaster shower praises on the SMC and the PTA executive for the numerous assistance they had extended to the school.
.
The headmaster said “our mission, as a church school is to teach learners to be responsible and upright adults by inculcating moral and Christian values in them, while at the same time passing their exams. Hardly any of the achievements of the pupils would be possible without the dedicated and highly skilled staff body. As much as continuity and consistency are vital to the success of the pupils. All teachers, well-qualified and exhibit a high standard of professionalism and they have done much, and in a variety of ways, to help to mould the school and to move the pupils forward.”
.
He also thanked Mad Wonder Dzopete and Mad Afua Nutsuakor for their high sense of commitments and dedication to work in spite of the large classes they attend to.
.
The headmaster, Chiefs and the guests expressed their disappointment over the absence  of Ketu -North Municipal Education officials at the celebration and the low turnout of parents on the durbar day.
.
The following people were also acknowledged. They are Municipal Director of Education, Mercy Ashiagbor, Former EOCO boss, Hon. Justice Tsar, Mad Vivian Amenorpey(Blue store), Mr Ashiabi Francis, Hon. Avedzi Klutsey, Mr Francis Ringel Osei-Tutu known as “The Son”, and the Shinning Stars of 2006 from where comes their main support enabling the school to grow both quantitatively and qualitatively.
.
He also acknowledged Mawu fe Ame CKN Wovenu, Rev AA Kuadey, Rev. RG Sebuabey, RK Nutsuakor, Rev. JK Tsar, Mr. SY Agbenyo, Miss MT Segbawu, Mrs SA Wagba, Mrs FE Klaye, Mr EK Vomawor, Mr TK Setsoafia, Rev. CG Agbowada, Mr SK Akorli, Mr. PK Nanewortor, Rev. PWD Nutornutsi, Mr. H.W. AGBO, Mr. PK Naza, Rev.  JT Avisseh, Mr EK Gbafa,  Rev. EP Nutsuakor, and Mr Agbleke for a job well done all these years. He congratulated those who will receive prizes, and entreated the rest, not despair.
.
In attendance were Torgbui Eya I, Torgbui Gbeworza, Evergreen Credit Union Manager, and Chief DiKT, CEO of VOCOF.
.
The celebration was with an action packed special events. The children were so excited and enjoyed being part of such a wonderful celebration. Even past pupils in their twenties came to visit the school! It was a beautiful Students’ Week Celebration. 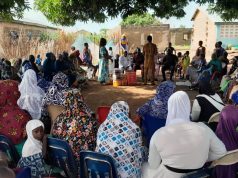 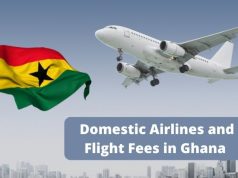 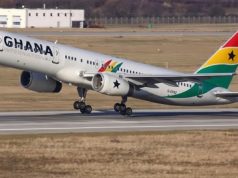 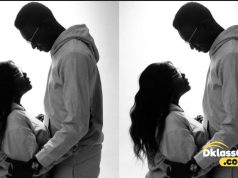 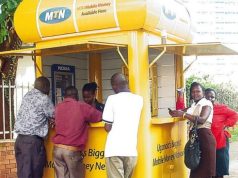 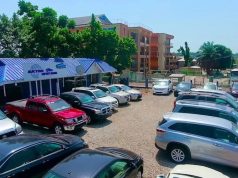 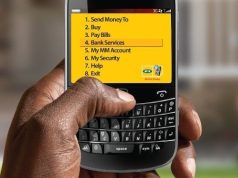 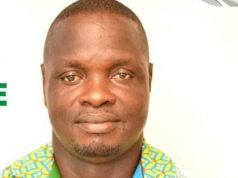