Home ENTERTAINMENT NEWS Did Shatta Wale buy his Range Rover Vogue as a reply to... 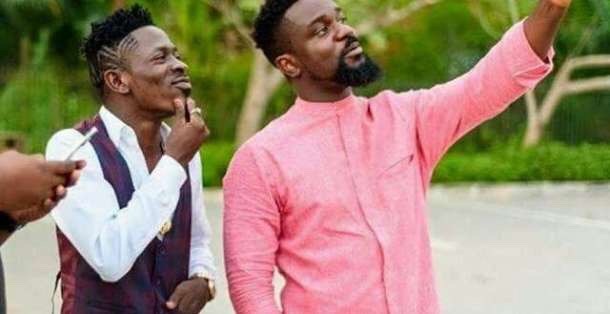 Last year, after several means of gaining attention for his album which failed, Shatta Wale resorted to attacking the personality of some of his colleagues in the music industry including Sarkodie.

He attacked Sarkodie and Stonebwoy describing them as poor artistes who do not understand the trade they are involved in.

Although the country was not expecting any replay from the people he attacked for attention since it was believed to be for hype, Sarkodie released a whole freestyle to address Shatta Wale.

In the freestyle captioned “Advice” he walked Shatta Wale through the various stages in life and asked him to desist from been a “fool”.

He mentioned that Shatta Wale should stop bragging because the money in his bank account cannot buy a brand new Range Rover Vogue.

However, Shatta Wale days later released a new Benz which was registered Advice.

In 2019, the Dancehall artiste has bought a Vogue which according to him is just to motivate him to conquer 2019 with ease.

He has as a result of the car insulted Sarkodie and Stonebwoy and still insist the two are poor people who need to learn more about music.