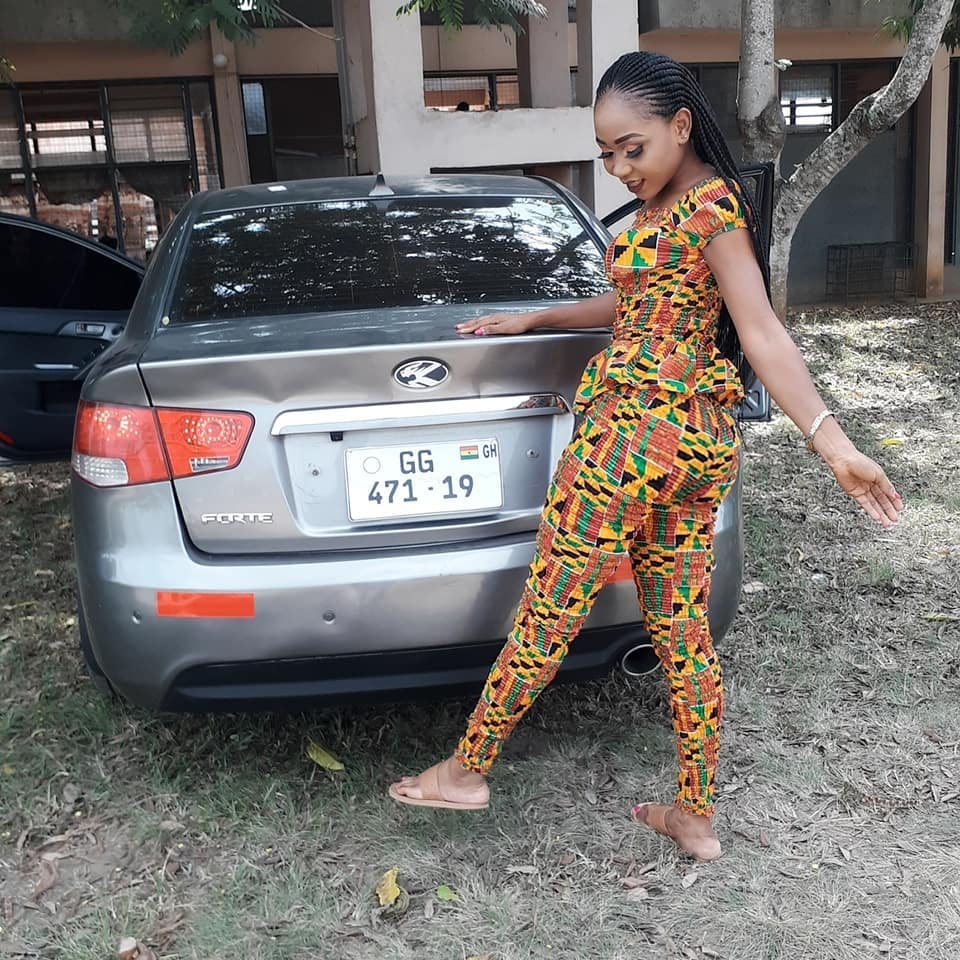 The latest car owner in town, actress Rosemond Alade Brown aka Akuapem Poloo after her constant boasting on social media after she purchased her car has finally revealed the amount she spent to acquire the new 2019 registered Kia Fort saloon car.

In an interview with Sammy Flex, host of Showbiz Agenda on Zylofon FM Tuesday morning, Akuapim Poloo stated that the car cost her to an amount close to 15,000 USD. When the host pushed her to state the exact figure she used, the video vixen hesitated and refused to reveal. 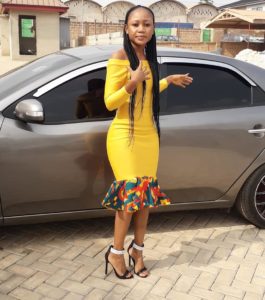 Asked how she got that huge amount of money from to pay that amount, the actress intimated that she had many ambassadorial contracts and advertising jobs in 2018 including the few acting and guest appearances she made at events.

Rosemond Brown also added that unlike the other celebrities, she saved her hard earned money to buy something substantial in her one-year involvement on social media and confidently confirmed that she works on social media through fooling for a living.

“When I get money I don’t spend it in my mouth, I don’t lavishly use it on luxurious trips around the world. People criticize me that I don’t do make-up but I want them to know what I use my money for…” Rosemond stated.