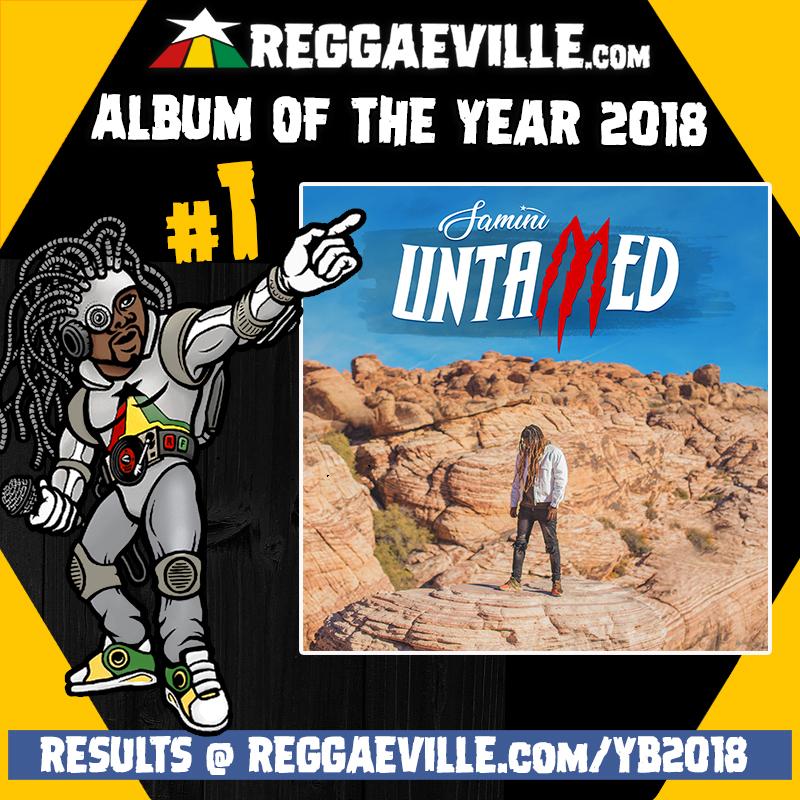 Accra, Monday, January 29, 2019 – Samini’s 7th Album #UNTAMED has placed first in Europe on Reggaeville as “Album Of The Year”.

“Samini hails from Ghana. He has released seven albums since 2004, he won Best African Act at the MOBO Awards 2006 and the MTV Africa Music Award as Best Performer 2009. Just to mention a few of his numerous awards. Scroll to the bottom to listen to the full album stream of Untamed.

According to the source Reggaeville, “We received votes from more than 2.500 registered users during the 7th annual Reggaeville Poll. All users had to choose their favorite three releases of 2018.”

Below are the TOP 5 Albums:

Reggaeville on their official website again quoted… “2018 is histories about A Matter Of Time, The Next Generation, Kontraband, Unbreakable, Hope River, Love & Life, Roots I Vision and many more: Reggae Forever & Never Ending! In our Reader‘s Poll, you told us which stories have touched you the most, and were surprised by the winner – Samini is the first ever African artist to top our poll with his album Untamed!…”

In 2017 listings, Samini’s godson, Stonebwoy, with his album “Epistles Of Mama” placed 2nd in the listings (below):

You can also read more on the Reggaeville Yearbook here: https://www.reggaeville.com/artist-details/koffee/news/view/koffee-reggaeville-yearbook-2018/

You can connect with Samini on his socials here: