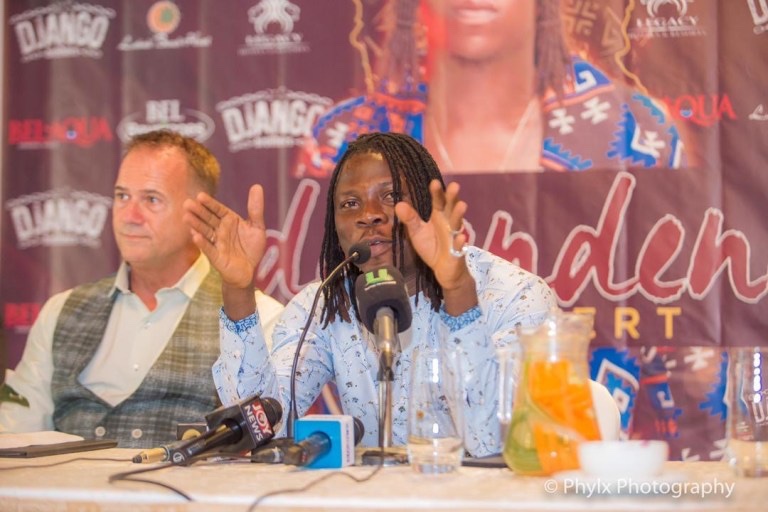 Multiple award winning reggae/dancehall and afrobeats artiste, Livingstone Etse Satekla, popularly known as Stonebwoy, has been billed to headline the maiden edition of Independence Concert organised and hosted by Ghana’s premier 5star Hotel, Labadi Beach Hotel and Burniton Music Group. He made this announcement today, 14th February at a press launch at the Labadi Beach Hotel.

The event starts at 6:00pm prompt till midnight and will feature other acts such as the Bhim Band, sensational Afrobeats artiste, Kelvynboy, fast rising artiste, OV (winner of MTN Hitmaker 2018) and DJ Justice, all of the Burniton Music Group, a record label owned by Stonebwoy.

Speaking at the launch, Stonebwoy expressed his enthusiasm in being the first ever artiste to headline the event. He also hinted that the date of the event is also his birthday, as well, the Independence Concert will be his first ever concert in 2019. He therefore called on the Bhim Natives and Ghanaians at large to show up in their numbers to show support and have time.

Kelvynboy and OV also promised to give the best of performances as always. Tickets can be obtained online at TicketMiller.com, and at Joy Fm, Airport Shell, Baastona Total- Spintex, Ex-Men Grooming- East Legon and Labadi Beach Hotel. Ticket Hotlines are; 0544431213 or 0249532866 and 0302772501.

Labadi Beach Hotel as the first indigenous Five star Hotel seeks to support Talented Ghanaian acts and to encourage up and coming artistes.

See Photos From the press Launch below…