Home ENTERTAINMENT NEWS Medikal Reveals One Thing That Annoys Him Most About Fella Makafui Since... 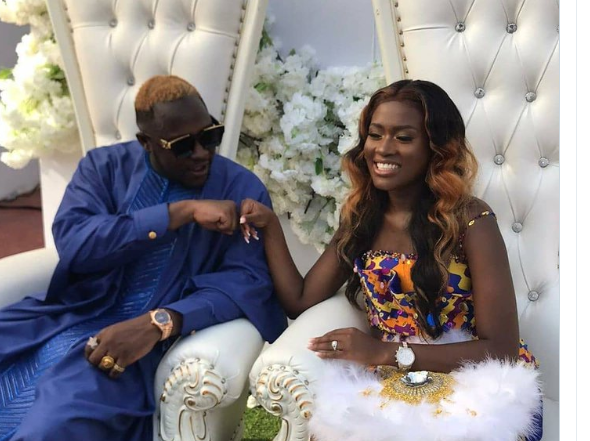 Ghana’s Best rapper Medikal has Revealed one thing that annoys him very much about his wife, Fella Makafui.

In an interview with Caleb Giovani on Showbiz 360 on TV3 last night monitored by Dklassgh.Com, The rapper disclosed that Fella Makafui always forces him to join her in the bedroom when he is with his manager or his crew.

According to Medikal, Fella Makafui always likes him to join her when he is with friends or his Managerial team.

He noted that he wishes Fella changes because that really annoys him. Fella who was present at the time of the interview noted that the rapper also annoys her when he spends too much time at the parlour instead of the bedroom.

Ghanaian actress Fella Makafui and Medikal tied the knot in a glamorous traditional marriage in March 2020 after he broke up with Sister Derby.