Ghana’s reigning king of dancehall, Stonebwoy has announced a video challenge dubbed “Nominate Challenge” which will basically require fans and music enthusiasts to record videos of themselves using the Nominate song off the Anloga Junction album to nominate their crush.

Nominate featuring American singer, Keri Hilson is the fourth song on Stonebwoy’s Anloga Junction album and one of the songs topping charts all over the world peaking at number 19 on the Billboard World Digital Song Sales chart. 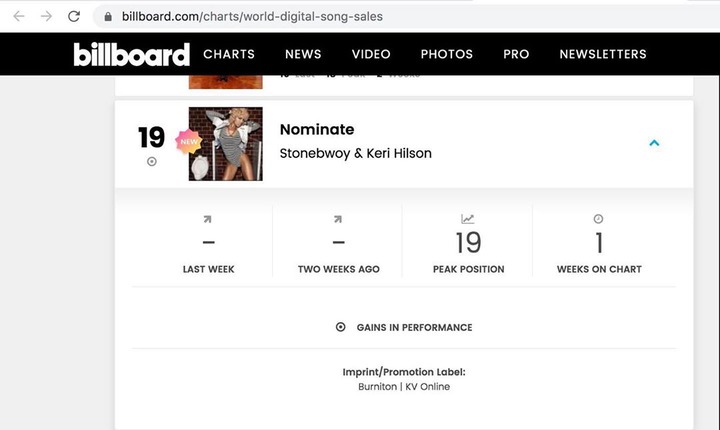 To be part of the challenge, all one has to do is to make a video on the Triller App to show love to your crush or any special person in your life and post them on any social media platform including Twitter, Instagram, and Facebook.

The winning entry will be picked based on how creative his or her content is and the number of likes amazed within a week.

The top three entries will be shortlisted next week and the selected winner will bag a whopping $1,000 prize.

READ ALSO; Sonnie Badu Sends An Emotional Message In Reaction To The Demise Of ‘Apraku My Daughter’ Who He Wanted To Help

Below is a video of Stonebwoy officially announcing the challenge in partnership with the Triller App;

To set the tone for the challenge, Stonebwoy himself made his version of where he was seen giving out his best dance moves which will make your day after watching.

READ ALSO 👉  Stonebwoy Embarrassed Me At The Airport – Musician 2Sure