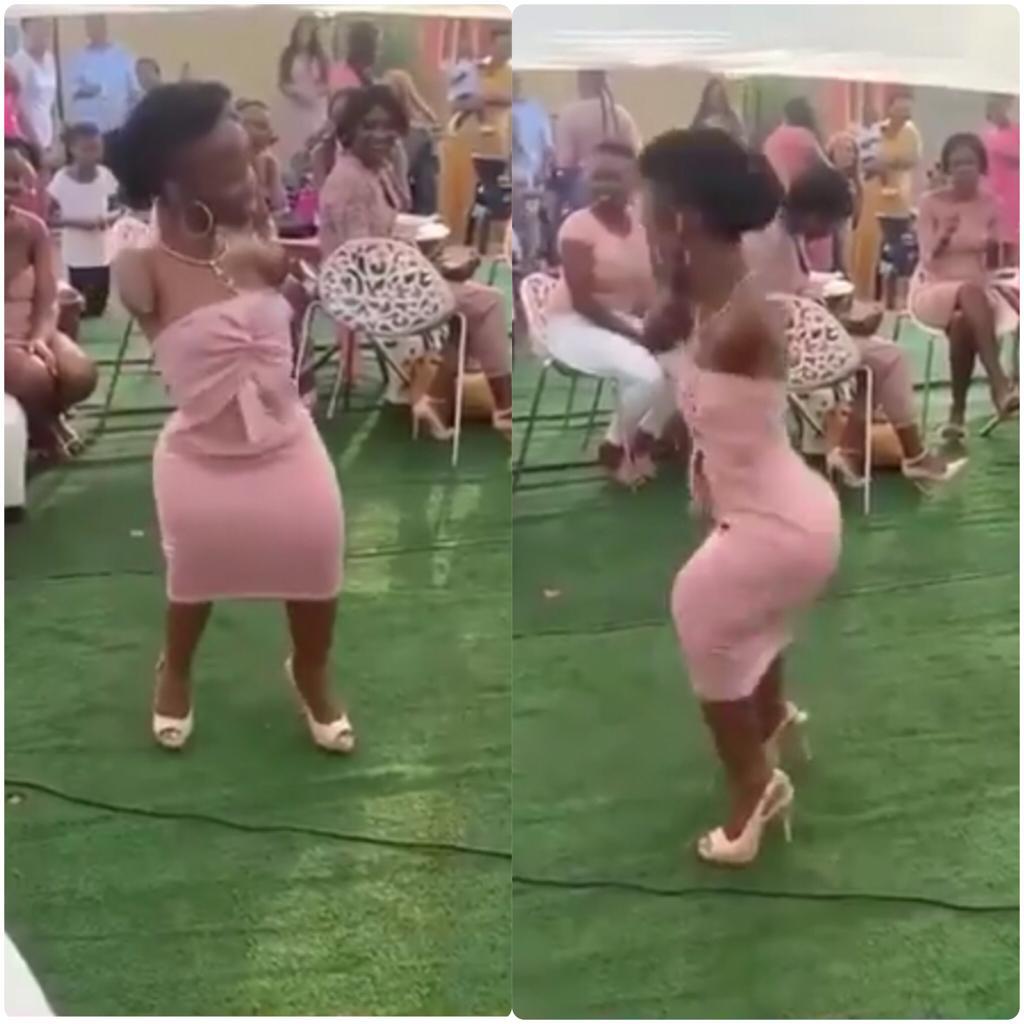 A gorgeous and courageous lady has left an indelible and joyous impression on the faces of fans after showing off flawless dance moves albeit being physically challenged.

Indeed whoever said that ”disability is not inability” has been vindicated by this who went viral after dancing with no arms.

The lady identified as Bambi left many social media users glued to their fans as they watched her shake what her mama gave her.

From the video which was shared on social media by a twitter user with the handle @iamfelixg, the lady attracted the attention of many after she perfectly danced in sync with the song playing in the background. 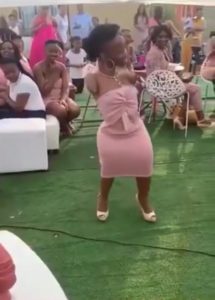 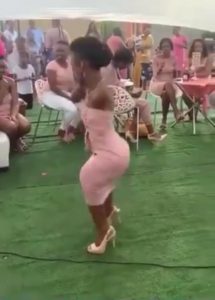 The woman who is of a short stature seemed to be having a lot of fun at what looked like a wedding ceremony.

The lady who has a perfect figure became the attraction of many as she did the moves rocking high heeled shoes. She was clad in a pink shoulder-off dress which tightly clung to her body, hugging her curves in the right places.

The lady only identified on social media as Bambi danced as the rest of the crowd sat down to watch her as the majority captured the moment with their phones.

Judging from the video, it is right to say that the little woman is very jovial and knows what having fun means.