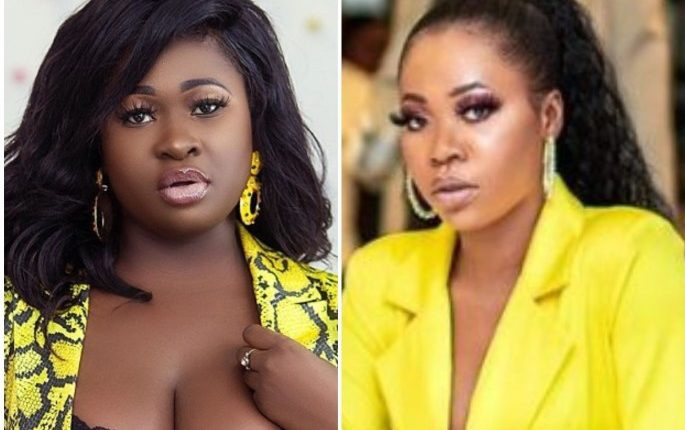 I am very disappointed in Freda Rhymz and what she did. She has really taken things very personal and that to me was very bad of her, Sista Efya says to Freda Rhymz.

Speaking on the United Showbiz programme, Sista Efya made this comment right in the face of Freda Rhymz. The beef is really getting bigger as the two musicians met to settle their difference on UTV Ghana. The station held the two musucians for the purpose of settling their beef but things turns out not to be so.

When the two met on the programme,it was crazy as both sides throw at each other but however, Sista Efya made it clearly to audience that,the hit maker shouldn’t come her way again for it is really personal on her side. She is a little moody but said it all well in a good tone. Wheb this statement dropped from her mouth, Freda was on the other hand annoyed at her comment. She didn’t reply but was seen moody too.

Bulldog sounded like he shouldn’t make that statement but popular musician Sista Efya make it clear that, it was her statement and that she is really saying it to her hearing so as to make her understand stays away from her.

Wow! What a beef going on. The two are really crazy and are really showcasing their talent.