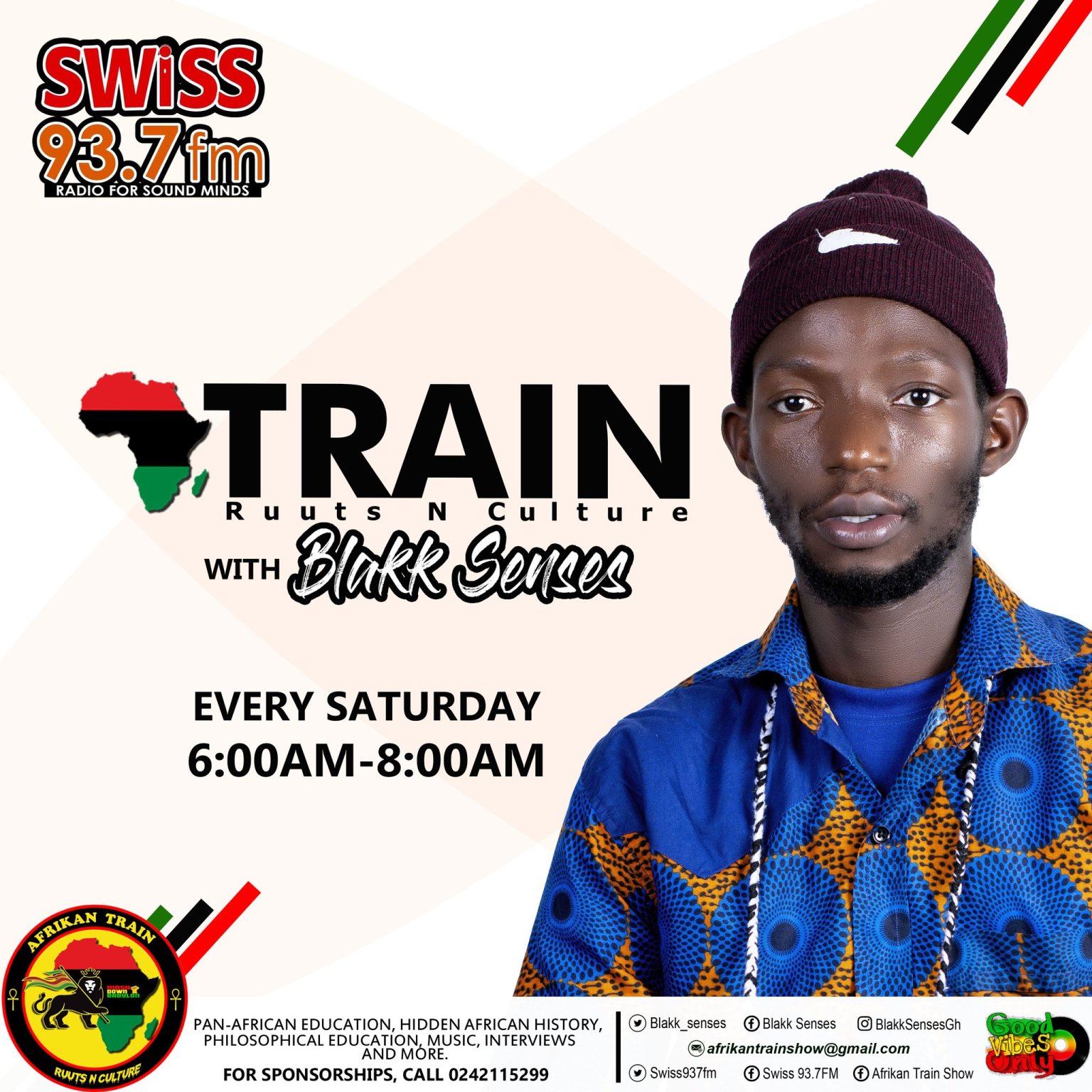 Fast-rising Reggae Presenter, Blakk Senses, has just won himself another Reggae slot after his first shot on Swiss 93.7fm in Ho.

Saturday, May 30 was the first time he got the platform to play on the Ho-based Radio Station. Management added another slot for him making it twice a week for subsequent editions. Initially, he’s supposed to play only on Saturdays between 6:00am to 8:00am but his spectacular performance won him a Sunday slot between 12:00pm to 2:00pm as well.

Named the #AfrikanTrainShow (formerly), Blakk Senses started with a Dzodze based radio station where he played formerly. But his new station — Swiss 93.7fm — seems a hot spot for him as it’s in a bigger city, Ho, the capital city of Volta Region. The new name of his Reggae magazine on Swiss FM is called “Ruuts N Culture”. It is a Pan African Reggae show which goes beyond just playing Reggae but as well as schooling and informing the minds of Africans, both home and in the diaspora. The show features a good blend of current and past reggae records from roots reggae to lovers rock and a toast of dancehall.