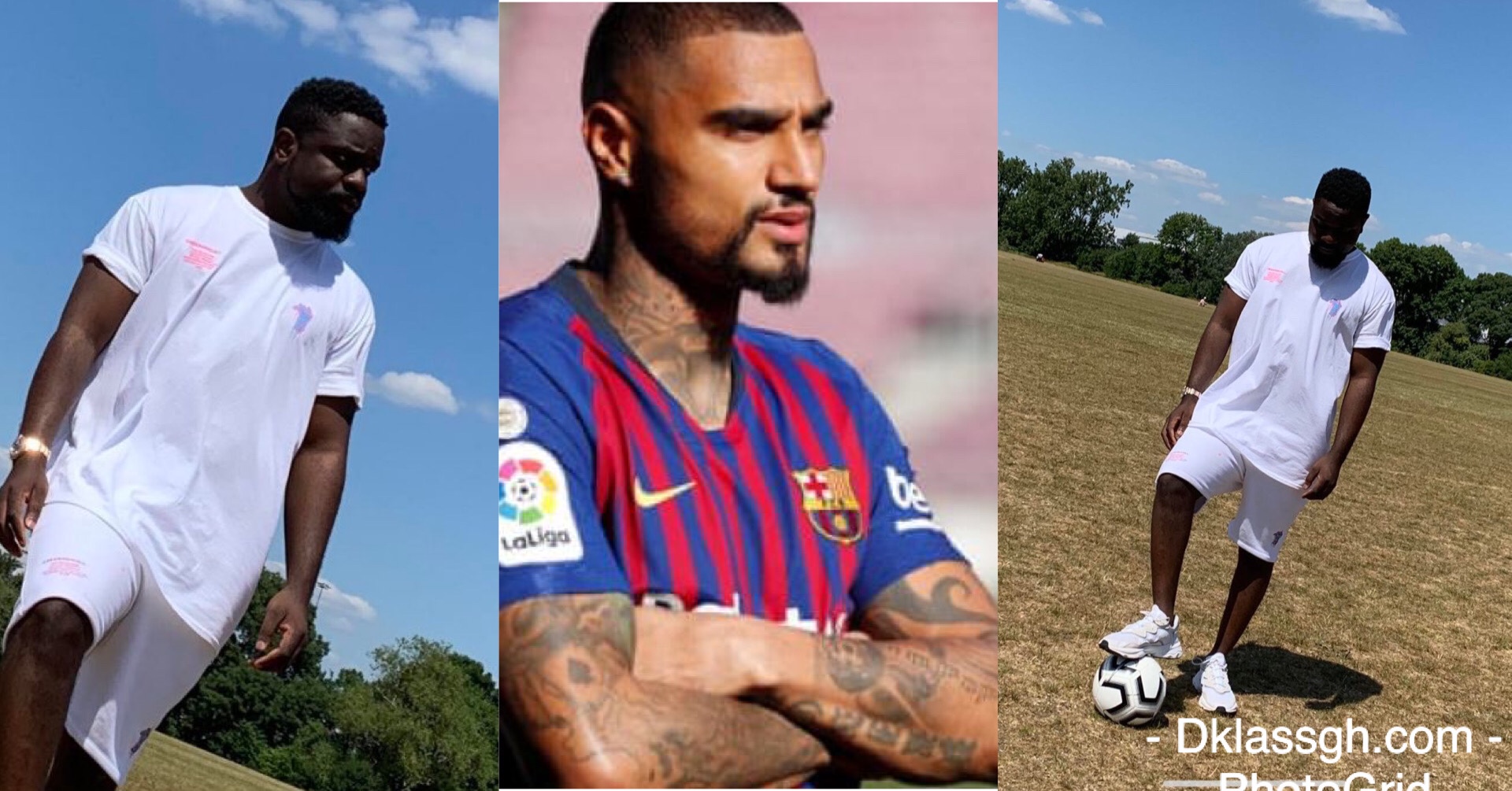 Award-winning Ghanaian rapper Sarkodie has claimed that he’s now an under 21 footballer.

Sarkodie took to his Twitter to disclose this. However footballer Kevin Prince Boateng has reacted.

Africa’s most decorated rapper and two-time BET winner, Sarkodie jovially wants to consider playing soccer by beating down his age.

Sarkodie has taken to his Twitter share some new photos of himself at a football park getting ready to hit. Posting the photos, he tagged a few players and Kevin Prince Boateng reacted with an emoji.

READ ALSO 👉  M.anifest And Sarkodie Release First Song After Beefing Each Other, See How Ghana Is Reacting To It

The rapper who has been stuck in Europe has begun to entertain himself with activities during his lock down.