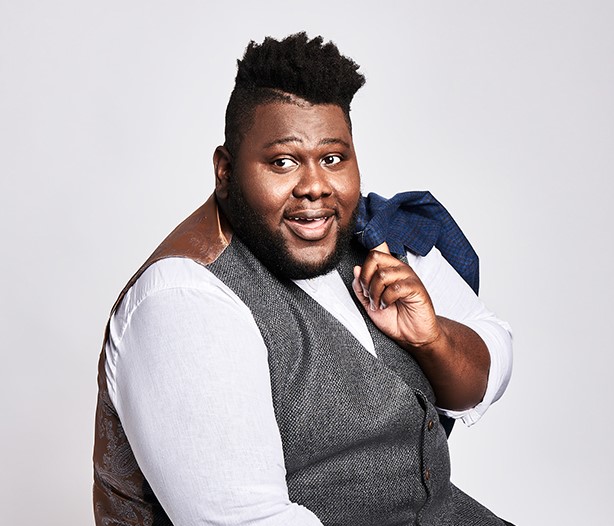 Osito is one of the many complex characters on ‘Hightown,’ and Atkins Estimond wants you to know he’s not just the bad guy. He spoke with HL about Osito and Junior’s bond, Osito’s loyalty to Frankie, and more.

Hightown’s third episode featured a game-changing moment for Junior. He has said that he wants out of the drug world, but that’s not part of Frankie’s plan. Osito took Junior aside to “toughen him up” during the May 31 episode and told Junior to beat up a fast-food worker — or else. Junior eventually did what he was told, and Junior actually enjoyed the power and control he got in that moment.

HollywoodLife talked with Atkins Estimond, who plays Osito, and he revealed that this is the beginning of an unconventional friendship of sorts between Osito and Junior. Atkins also discussed whether or not Osito feels any remorse for any of the things he’s done and if Osito’s loyalty to Frankie should be questioned.

That scene with Osito and Junior in the parking lot I felt was a turning point for Junior. Junior actually does beat that kid up after being threatened by Osito, and he likes it. What do you think Osito’s reaction is when he sees that Junior is capable of that kind of violence?

Atkins Estimond: I think he was definitely pleased by it. There’s a weird bond growing between the two of them. It’s a friendship but not your conventional friendship. Typically, friends don’t take each other to places and have them attack people. But considering the circumstances that they’re under, Osito’s really happy that he’s seeing that Junior can do this. Because I think prior to this, he wasn’t really sure if Junior’s really cut out for this. I think that it’s the kind of situation where Osito’s starting to take a shine to him, and he sees the potential that Junior can possibly do this. This was kind of like the test. Is this something that Junior can do? Can he live this life? He did it, though. I think he’s very pleased with the outcome

This is a volatile, violent world drug world that Osito’s involved in. Do you think that Osito feels remorse for some of the things that he’s done?

Atkins Estimond: I wouldn’t necessarily say that it’s remorse that he feels, but it’s possible that there are some moments of that. Because I think for Osito, his work is very much work. It’s nothing personal to him. Just like anybody clocks in to do their job, this is a job for him. It’s nothing that he’s talking … Continue Reading