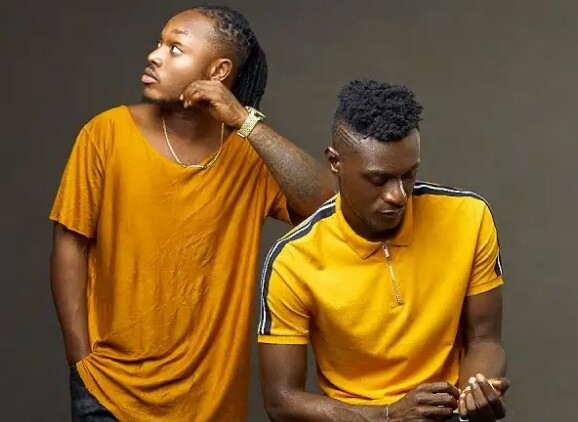 Music duo Keche, made up of Joshua Ampah and Andrew Cudjoe have for the past 11 years served Ghanaians both home and abroad back to back hits as a group.

Unfortunate news making rounds in the media suggests that the beautiful relationship between the two has fallen on rocks.

But coming out to vehemently react to the rumours, Joshua who is being accused of expressing his dissatisfaction with the group has come to clear the air the baseless accusations against him “I have never said this anywhere” he responded to the news of him saying Andrew has neglected the affairs of the group since he got married to their boss, who is the CEO of Golden Empire Legacy, Keche’s parent record label.

Speaking via phone with Andy Dosty on Daybreak Hitz on Thursday (4 June, 2020) the outspoken rapper did not mince words when he sent a word of caution to the sections of the media peddling falsehood about the music group just to trend.

“I have told them am not happy about what has happened and my management will tell me if we should take the case to court or not” he added.

When asked if he is happy with the support he receives from management he simply said “if I say I have a problem with management, then am a big liar”.