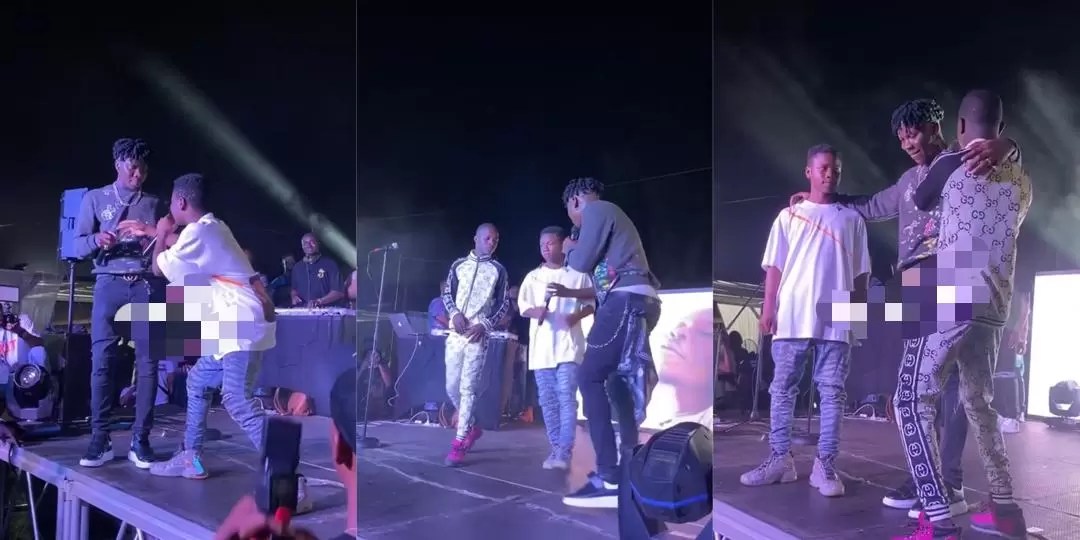 Reggae dancehall giant, Stonebwoy seems to want to extend his hands to some three upcoming musicians despite his fallout with Kelvyn Boy and OV.

Yesterday, the singer introduced three new talents at his newly launched Bhim Fridays concert which was held on 27th November 2020.

After bringing his performance to an end he introduced the three musicians on stage to enjoy their shine as he puts them in the spotlight.

These artists made good use of the opportunity as they showcase their talent and shut it down like nobody’s business.

People on the digital space have however waded into what the dancehall giant did last night at his concert which many are speculating that he might sign them on his label.