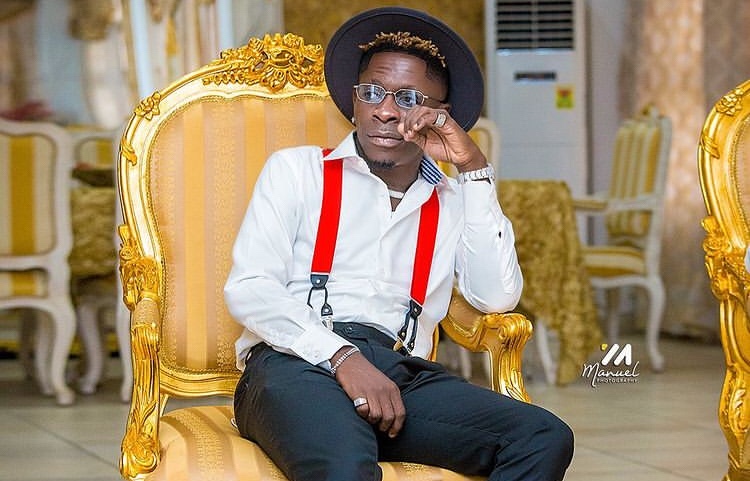 Charles Nii Mensah, commonly known as Shatta Wale, is a singer and songwriter. Away from music, he is the founder and CEO of Shatta Movement, an entertainment powerhouse in Ghana.

Shatta Wale biography is full of reinventions. His most significant rebranding is changing his name from Bandana to his current stage name.

Shatta Wale has one of the most impressive music catalogues in the African dancehall scene. From his first single Moko Hoo to his latest feature on Beyoncé’s album, Shatta Wale is irrefutably talented. Thanks to his consistency and a better understanding of the Ghanaian music scene, he is one of the wealthiest artists in West Africa.

Charles Nii Armah was born on the 17th, October 1984 in Accra Ghana. His love for music pushed him to start music at a young age in junior high school. He entered the music scene with Bandana as his stage name.

He then traveled to Jamaica for a couple of years to abreast himself with dancehall music and later relaunched into the music scene as shatta wale and the rest has been history.

Shatta was born on 17 October 1985 to Ghanaian parents. While his father is a businessperson (and respected lawyer), his early life was simple.

However, in multiple interviews, he has disclosed that he travelled a lot as a child, especially to Jamaica and the United Kingdom.

Which school did Shatta Wale attend? The artist went to Seven Great Princes Academy and later Aguafo Secondary School for his senior high school. It was during his high school days that he discovered he could make music and sing as well.

While Shatta Wale is from a political and business family, he prefers keeping his close relatives away from music. He often blushes off personal questions in his interviews, both in Ghana and overseas.

Who is Shatta Wale’s father? Charles Nii Armah Mensah Snr is the musician’s father. He is a politician, businessperson and lawyer. The artist, in previous interviews, has confessed that he loved music because of his father.

Charles Nii Armah Mensah Snr is a fan of Jamaican music. Since Shatta Wale grew up listening to dancehall and reggae, he has successfully mastered the art of making good music in that genre.

When it comes to relationships, Shatta Wale wife was Michelle Diamond up until their breakup in 2019. Since then, Shatta Wale has not talked about what happened between him and Michelle. On the other hand, Michelle has spoken about her relationship with the musician, stating that she did not love Shatta Wale for money or fame.

Shatta Wale’s net worth is $6.6 million. The CEO of the Shatta Movement Empire is the brand ambassador for distinguished brands and labels including Guinness  Ghana Breweries, storm Energy drink among others.

From music to ambassadorial deals have raked in a whopping $6.6 million US dollars. Shatta wale is also into real estate and has a taste for luxury. He recently acquires a mansion with a price tag of about 1million USD.

The reggae dancehall sensation also boasts of having about 10 luxurious cars which include a range Rover, G-Wagon, Benz a BMW, and a Maserati.

While Shatta Wale has been a popular figure in the music scene for many years, he got his first endorsement in 2014. The Guinness Ghana Breweries deal was his first major endorsement. Although the details about his payment (from the deal) are unknown, being a brand ambassador opened more doors for him.

In 2017, Shatta Wale was approached by Kasapreko Company to be their energy drink ambassador. Being the face of Storm Energy Drink increased his 2017 income. Like the previous endorsement deal, details of the amount of money the Ghanaian music star earned from it are unknown.

ALSO READ; Top 10 Richest Musicians in Ghana 2021 and their Networth

Apart from the two major endorsements, Shatta Wale has worked with other brands such as Infinix Ghana and Boss Baker Beef Roll. As a brand ambassador, he has not only expanded his revenue streams but also established himself as a business mogul.

Shatta Wale biography depicts him as an artist that is not afraid to take risks and rebrand. While his music is still as authentic as it was — when he was Bandana — his new identity has secured him a spot in the global dancehall music scene. Also, his love for high-end cars and expensive life has made him one of the most talked-about artists in Africa.

As the Ghanaian music industry grows, Dklassgh.Com has created a list of the richest musicians in Ghana. The wealth of the top artistes is astonishing considering that music isn’t regarded as a career by many in the country.

Musicians in Ghana make their money through multiple methods including selling music, performing at concerts, and participating in endorsement deals. The entertainers on this list do a combination of both and that’s why they have become successful.