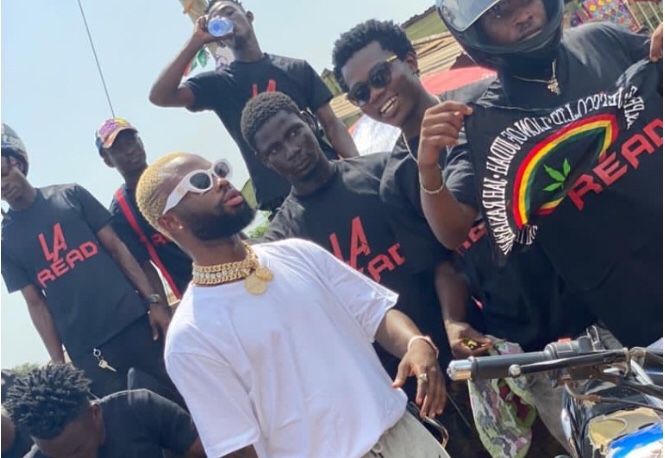 Tom D’Frick is out with the official video for his much anticipated song “La Read”.

He drops “La Read” as his most-streamed single to begin the year, which become the new trend anthem gaining more recognitions a very classic song. The video starred comic actor Kose, Apoki Gh and popular Taju Jimal from our screens.

Tom D’Frick is a Volta based Ghanaian artiste who has over the years been doing very well.

He has been in the music industry for a while now with his previous releases. He is an enterprenuer, musician and a philanthropist, his music has over the years bring impact on people around him and the globe.

The year “2021 looks promising with Tom D’Frick as he continues to spark with controversy. Also, lend to bring a new dynamic with his brand and look forward to dropping more bangers and engaging my fans more. I’m back in full force. No doubt, take a piece of your time and listen to the song here and watch the video on YouTube as well.

La Read is a beautiful visual directed by PKMI.