Home ENTERTAINMENT NEWS Sarkodie has refused to answer my phone calls after calling him out... 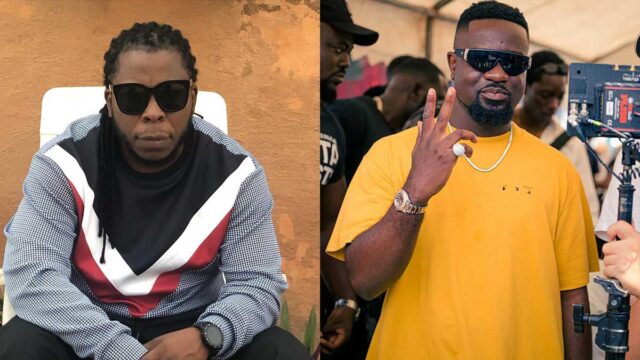 Ghanaian rapper Edem has once again picked on fellow rapper Sarkodie over the latter’s refusal to pick his calls and respond to his text messages after failing to show up for a music video shoot.

Not long ago, Edem complained bitterly that Sarkodie refused to show up to shoot the music video of his song “Favour” despite promising to show up.

Edem who was bitter at Sarkodie‘s failure to show up called him out on Twitter and others were quick to rebuke the BET award winner for always turning his back on his fellow musicians.

In an exclusive interview with Berla Mundi on TV3, Edem who seemed fumed with Sarkodie expressed his disappointment in the ‘Gimme Way’ hitmaker for refusing to answer his calls after his refusal to show up on set to shoot the ‘Favour’ music video.

Numerous complains have come in from artiste in both Ghana and Nigeria and it seems to confirm that Sarkodie is of such character. Form all indications, it looks like Sarkodie is busy making babies with Tracy Sarkcess.

Watch the explosive interview below;