Home ENTERTAINMENT NEWS CID In Search Of Ibrah One For Claiming Shatta Wale Has ... 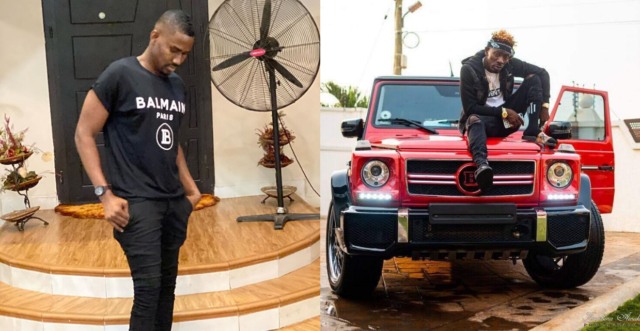 Award winning Ghanaian dancehall artiste, Shatta Wale, has reportedly lodged a complaint with the Ghana Police Service’s Criminal Investigations Department over the release of a report claiming he had a kidney problem.

Howerver, it was reported that Ibrah One allegedly said Shatta Wale was suffering from kidney failure, according to a post by him on social media.

Chris Koney, the musician’s business manager, called the news “false” and said it should be ignored.

According to reports, Shatta Wale reported the incident to the CID, and a team was sent to Ibrah One’s residence for publishing such news on social media.

However, after storming Ibrah One’s home, the squad discovered his absence and left an official note for him to return to the CID for questioning.

The publication of fake news is punishable by law under Section 76, Electronic Communications Act, 2008 (Act 775).

The law states that “(1) A person who by means of electronic communications service, knowingly sends a communication which is false or misleading and likely to prejudice the efficiency of life saving service or to endanger the safety of any person, … commits an offence and is liable on summary conviction to a fine of not more than [thirty six thousand Ghana Cedis] or to a term of imprisonment of not more than five years or both.”

The law also further states that ” (2) A person is taken to know that a communication is false or misleading if that person did not take reasonable steps to find out whether the communication was false, misleading, reckless or fraudulent.” According to the CID team.

Meanwhile, the musician’s management team claims that the false news was not just bad, but also unprofessional.

According to the squad, they want the legislation to cope harshly with the news’s source in order to act as a warning to anyone.

Bloggers should think about this rule before spreading false news on social media, according to them.

The musician’s suspected kidney condition was reported by a number of news websites.

It was supposedly sparked by Ibrah One, the musician’s former close mate.