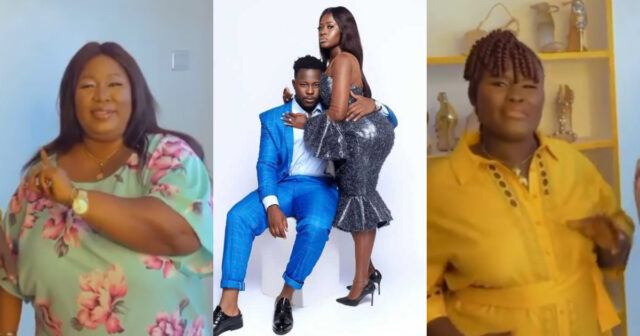 On Mother’s Day, May 9, 2021, the mothers of Ghanaian celebrities Medikal and Precious Fella Makafui warmed hearts on social media.

The two mothers were seen standing inside what seemed to be a plush living room, showing off their dance moves in a new video circulating on social media.

They were seen grinning with joy as they were congratulated by their hardworking celebrity children who have made big names in their respective fields.

ALSO READ:   "I Don’t Know If Island Looks Like Me or Fella Now, She Keeps Changing As She Grows - Medikal (Video)

Meanwhile, a viral throwback interview of David Adedeji Adeleke, better known by his stage name Davido, praising his colleague Wizkid has resurfaced on the internet.

The interview took place during the singer Davido’s formative years in the music industry.

With numerous awards and hit albums, the DMW Boss has gone on to become one of the most sought-after artists on the African continent.

He explained in the video that, despite the fact that Wizkid is big and has his own look, he couldn’t go for it, which is why he formed his own role and name. As a result, it caused him to wake up every morning thinking that someone else is better than him, which kept him……..Continue Reading