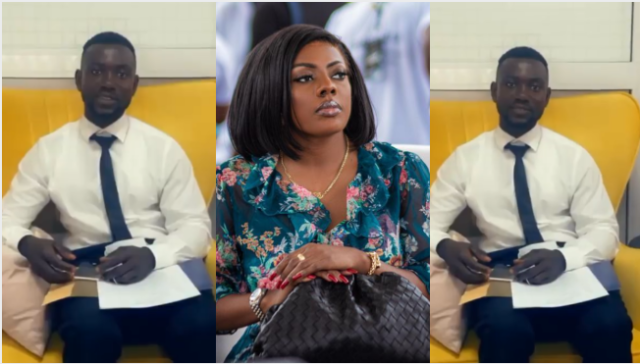 Nana Aba Anamoah, an award-winning Ghanaian broadcast journalist known for her charitable and philanthropic efforts, has done her angelic work once again by securing a career for a graduate who previously worked at the washing bay.

Remember how Nana Aba shared a video of herself and a young man working at a washing bay in Agbogba a few days ago, pleading with her supporters to help her find jobs for the university of Ghana graduate?

Well, the man is now beaming with gleaming smiles after Nana Aba assisted him in securing an appointment with one of the country’s biggest companies.

The young man was filmed returning to work for the first time in a recent video that has surfaced online.

He seemed to be very content and cheerful, as he is now completely working and about to embark on the adventure of a lifetime.