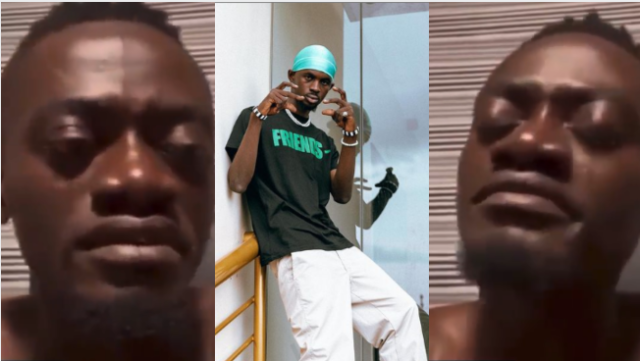 Many people have fallen in love with Black Sherif’s new freestyle, “1st Sermon,” not only because of the music but also because of his skills.

After releasing a few of singles in the past, this is the first time the young performer has received so much notice; his track “Money” came close.

Since his release, a slew of celebrities have hopped on board and thrown their support behind him. Lil Win, a comedian, is the most recent celebrity to join in on the fun.

While listening to the music, Lil Win sobbed and cried. The song had such an impact on him that he couldn’t stop crying because of the message it was conveying, which talked about how he, Black Sherif, was working hard with little or no assistance.