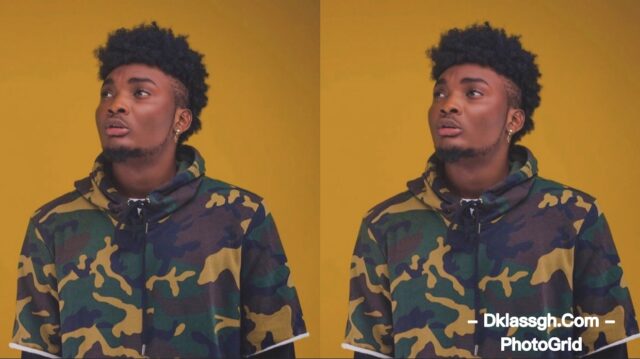 Kayso Kelvin Mawuli popularly known as Mawuli Younggod, a versatile Ghanaian musician who hails from the volta region of Ghana has made it clear to the general public and his fans that there is no way he is going to quit music anytime time soon.

The versatile rapper in on a phone interview with Dj Flexal On Swiss Fm said, I don’t do music, I am the music so I can’t stop music, the music leaves in me, just that sometimes one need to stay back a bit to re-strategize but then ai am now back on track. Mawuli’s answer was to a question when Dj Flexal asked him people were saying Mamuli Younggod was not going to music again after the Volta Music Awards , is that true?

Mawuli Younggod, who was nominated in 4 different categories won HipHop Song Of The Year and Discovery Of The Year in the 2019 Volta Music Awards.

However after the awards, Mawuli Younggod went dormant for sometime until he dropped “Free My Soul” which is actually the new anthem in town. Mawuli Younggod is now back and back for good, according to the young rapper.

Meanwhile, Movie directors ‘demand for sex’ for movie parts has recently been in the headlines, and experienced Ghanaian actor, director, and scriptwriter Kwaku Twumasi has stated that actresses also give themselves for sex in order to get cast in movies.

In an interview with Tony Best on Akoma FM’s Kwantenpon Drive on Thursday, May 27, Kwaku Twumasi explained that simply appearing on screen provides actors and actresses with a……..continue reading