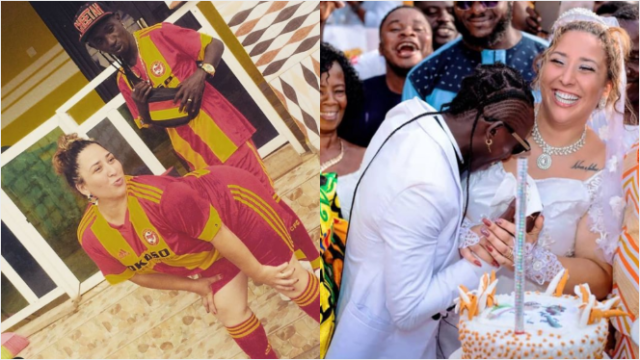 Remember how dklassgh.com reported a few days ago about Patapaa’s wife, Liha Miller, showing off her baby belly in a video while smiling?

“My wife is pregnant, and if she gives birth successfully, the child will be named Spinini,” Patapaa said in an interview with Giovanni Caleb on 3fm.

Patapaa Amisty, as a reminder, began the year 2021 on a high note by marrying his German lover Liha Miller on Saturday, January 2.

In February 2020, the couple met on Patapaa’s European tour and have been dating since since. The pair announced their engagement in a video posted on social media on December 31.

While many may have assumed it was a publicity stunt, Patapaa and Liha were serious about their nuptials and lit up Agona Swedru in the Central Region on January 2, 2021, with their plush wedding ceremony.