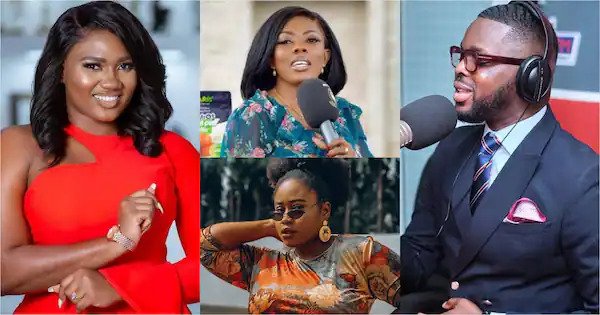 In a recent Instagram live, Abena Korkor has made a shocking revelation about her previous fiancé, Kojo Yankson, a well-known Ghanaian journalist.

According to her, the journalist was unfaithful, and while dating her, he was having an affair with Nana Aba Anamoah, a savvy Ghanaian journalist.

She also said that Kojo was sleeping with Lydia Forson, a Ghanaian actress, and hinted that, as much as she wanted to remain with him, she had to let go since he wasn’t loyal.

Meanwhile, Yaa Nikki has been the host of Angel FM’s ‘Sex education’ and ‘Fa hooki me,’ where she talks about sexual health concerns and matches those searching for partners.

She claims she has no desire to marry, but she claims to have had multiple sexual experiences, including an affair with a man who was getting married the next day.

”We happen to belong to the same church, in fact, I introduced him to the church and he expressed his desire to marry me, but I told him I wasn’t interested in marriage,” she told Zionfelix. As a result,…..continue reading