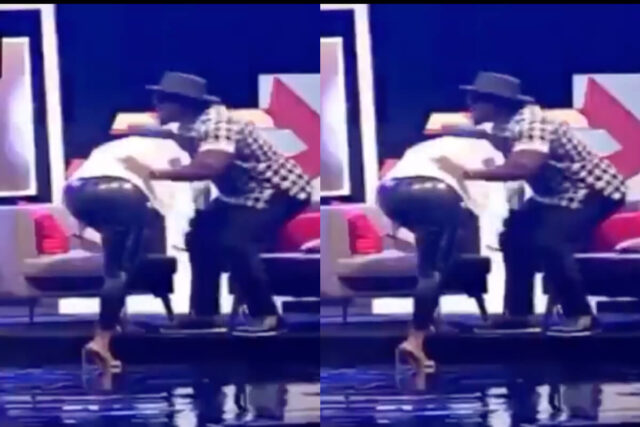 Self-acclaimed queen of Ghana music and Rufftown record signee, Wendy Shay had an unpleasant moment on stage when she fell.

She did some dance routines as she was going to take her seat on the show, and it was during the dancing moves that she nearly fell down.

Meanwhile, Yaw Boateng, well known in Showbiz as Funny Face, the Ghanaian stand-up comedian, and actor, has been sighted directing traffic on the Odorkor- Kwashieman route.

Funny Face placed his car by the wayside to direct badly congested traffic on the road, and many pedestrians and drivers applauded him for what he was doing, according to a video that has gone viral on the internet.

Before leaving the scene, Funny Face double-checked that the road was clear enough for everyone to go around…continue reading