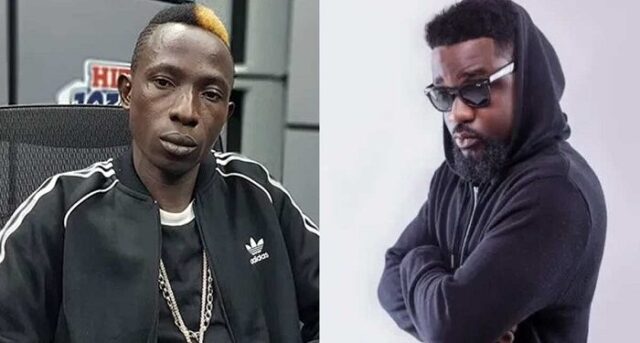 Patapaa is now addressing an earlier song in which Sarkodie delivered a powerful yet subtle shot in Ypee’s remix of “Meye Guy.”

When the song and Sarkdie’s verse were released in 2018, Ghanaians believed the disparity between the two shouldn’t have merited a rap maestro’s criticism.

Sarkodie rapped about how successful he has become despite his humble beginnings and later claimed that if he hadn’t made it in life, Patapaa would have performed at his funeral.

This had everyone discussing and trying to figure out why he went after the One Corner singer. Patapaa is now speaking out about the matter after three years, and he’s furious at the apparent disrespect directed at him.

On Zylofon FM, he stated flatly that Sarkodie was rescued from poverty by Hammer of the Last 2 fame, and that he has no right to be “fooling” and misbehaving with the huge pedestal he holds in his professional and personal lives.

Aba The Great, a popular Instagram blogger, shared screenshots of actress Joyce Boakye and player Asamoah Gyan’s discussions on her profile. The actress appears to have released the Whatsapp conversation because the phone’s background is a photo of her.

In the discussion, a man identified a..continue reading