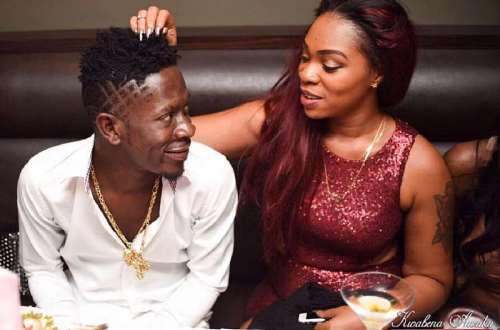 Charles Nii Armah Mensah better known in showbiz as Shatta Wale, the award-winning Ghanaian dancehall musician, has finally responded to a statement made by his baby mother, Michy, regarding their relationship a few months ago.

Remember when Michy said on UTV’s “United Show” that she regrets dating Shatta Wale because he wasted her youth?

Shatta Wale reacted to this by posting on his Snapchat account that he believes Michy made the comment in good faith.

Despite all that has happened between them and the statements she has made about him, the Shatta Movement Empire head has stated that he will never sell out his baby mother for anything, adding that she has been a nice lady but that it is a part of life.

Shatta Wale claims that he is in an awful circumstance and that he would not say much since only God knows he is a decent guy because he boasted about gifting Michy a house and a vehicle.