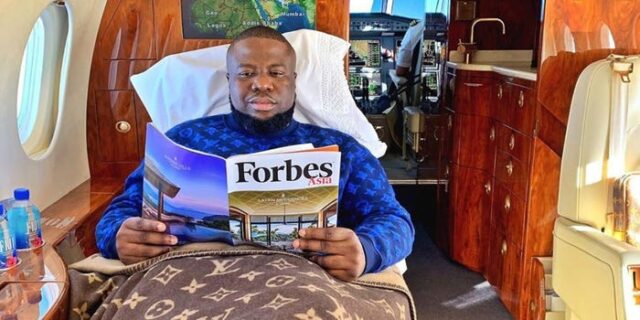 Will Packer Productions in the United States and Mo Abudu’s EbonyLife Studios in Nigeria have purchased the rights to create a film based on Bloomberg’s report on Ramon Abbas, better known as Hushpuppi, titled The Fall of the Billionaire Gucci Master.

Evan Ratliff, a Bloomberg writer who investigated the cyber fraud case, presented a picture of a Nigerian youngster who became enamored with fraud after being disappointed by his circumstances. Hushpuppi has over 2.5 million Instagram followers after uploading photos of his extravagant spending on automobiles, watches, luxury clothing, and private planes.

Hushpuppi agreed to plead guilty to the US government’s multimillion-dollar fraud allegations. He was involved in frauds that cost victims a total of US$24 million. In June 2020, he was arrested in Dubai along with 12 other persons who were involved in the fraud.

They were then given over to the FBI in the United States, where he was charged with conspiracy to launder money, among other things. Hushpuppi will make full repayment on the proceeds of his actions despite pleading guilty.