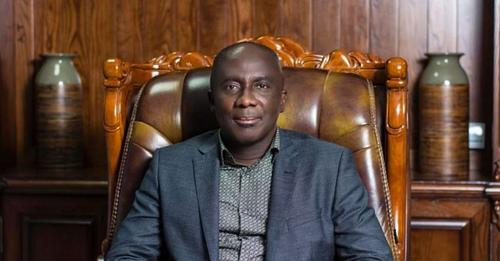 Samuel Amo Tobbin, the CEO of one of Ghana’s largest pharmaceutical firms, Tobinco Pharmaceuticals in an interview with popular Ghanaian blogger Zionfelix has open up on his road to building a profitable firm.

He said that he was born into a poor family of 11 and that he hawked on the streets to pay for his school fees and to provide for his upkeep owing to his family’s financial situation.

He accumulated enough money after many years of selling on the street to go on to the next thing, which was selling medicine.

Samuel claimed he was introduced to pharmaceutical sales by a Muslim man he met along the route in 1984 when he was 20 years old and had to start with Ghc1.

At the age of 25, he left the drug distribution business and moved to Tokyo to hustle. He worked for five years in Tokyo at a cement firm with a high income before returning to Ghana.

Because he was at home, he opened an electrical store and a chemical store, which gave rise to the Tobinco brand. Mr. Samuel Amo Tobbin gave a detailed account of his life’s journey