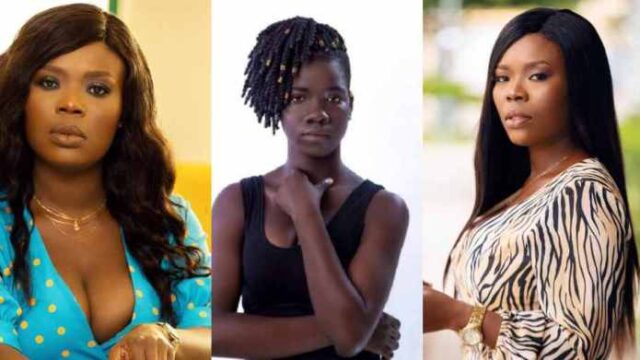 Deloris Frimpong Manso, better known by her screen name as Delay, got down in tears when interviewing young talent Dhat Gyal.

Dhat Gyal came on the most recent episode of the Delay Show after her tale had gone viral in recent weeks. Her meteoric ascent to prominence was cut short by drugs and sadness, it was revealed.

After she took over the internet with tales about her terrible state, Delay called her on to explain her side of the story. It wasn’t a bad meeting since Delay got to question her and listen to her side of the tale.

The unflappable Delay was taken aback when the brilliant mash-up queen revealed to doing narcotics in her youth.

After hearing Dhat Gyal’s terrible story, Delay broke down in tears and urged her to make God a part of her life.

Dhat Gyal was also warned by Delay to avoid drugs and bad company since they may quickly corrupt him. She urged her to continue singing so that Ghanaians may enjoy her powerful and beautiful voice.