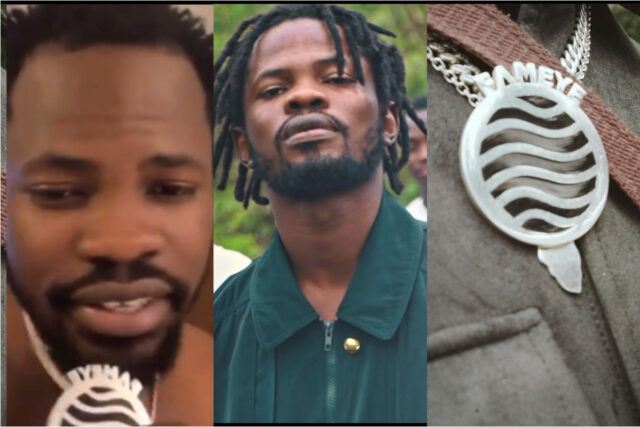 When Fameye was talking with his followers on social media during a Question and Answer session, his calm demeanor gave way to slight anger.

During his encounter with his fans, Fameye donned magnificent silver chains, and one troll appeared out of nowhere to describe his jewelry as Alumi (Aluminium), implying that it was phony and cheap. The singer of “Nothing I Get” retaliated right away, informing the reviewer that his chain is authentic and highly costly.

To further humiliate him, he suggested his chains could buy him a nice car that he could at least use as an uber to get him more money. Watch the video below to learn more.