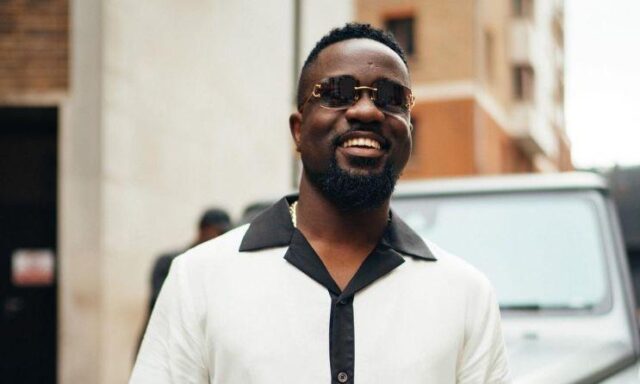 Sarkodie, the Ghanaian rapper, has revealed that his first earnings as a musician were used to buy a piece of land.

Sarkodie recalled a ten-year-ago incident in which he spent all of the money he earned from playing at an event to buy a house instead of spending it extravagantly.

“I recall my first paycheck, which was from a television show. It was a difficult decision for someone who has been hustling for a long time, but I had to reward myself. I was given a plot of property. In an interview with PulseKenya, he claimed, “literally the entire money for a land.”

Sarkodie said when asked what had happened to the land:

“The region has grown rapidly in recent years, but I still have a space there. It’s a charming little area with a ring of fly homes all around it. The only problem is that the location is far away from me, which is a problem considering everything I’m working on right now is close by. Even if the land is far away from me, it is still quite valuable.”

Sarkodie said, among other things, that he is not the kind to squander money on several automobiles, preferring instead to invest in a nice and timeless vehicle.

“I dislike spending money on cars. I could use it if I could find a quality, long-lasting automobile, but I don’t think it’s worth it. It doesn’t make financial sense. I don’t have many automobiles, and if I do, I want one that looks brand new regardless of how old it is. Before I make a purchase, I give it a lot of thought. He said, “I’m the sort that constantly wants to make sure I don’t go broke.”

The CEO of Sarkcess Music is presently on a media tour in Kenya to promote his new album, “No Pressure.”