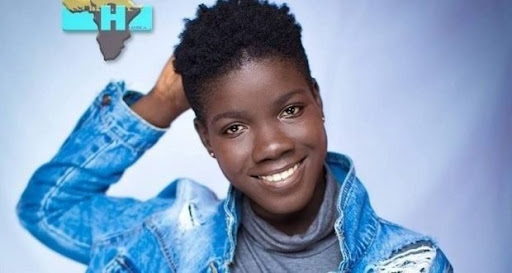 Dhat Gal, a young female Ghanaian musician, has spoken up about a sexual assault she endured a few years ago.

The teenage singer recently came up about her drug addiction and how she was sexually molested.

She confessed on the Delay program that she lost her virgin pride to rape, an event that saddened her and that she would not wish on anyone.

She informed the presenter in a somber story that a buddy who had introduced her to drugs had also invited her to join her to a place.

She said that a woman friend led her to meet a group of three guys, but that she was unaware that the friend had accepted money from the men in exchange for the promise of hooking her up [Dhat Gal] with them.

When she arrived at the location, the buddy she revealed abandoned her in the company of three other drug users.

Dhat Gal said that her lady friend informed her and another woman with them that she needed to go to care for her kid.

She [Dhat Gal] then requested to go as well, but her companion persuaded her that she should not since the young men were not dangerous.

The young guys informed her and the other lady that they were brought to have sex with them after the friend departed.

She protested, but one of the young guys became enraged, accusing her of allowing them to have sex with her since her buddy who had gone had taken money from them.
Dhat Gal went on to say that due to the way the room was built, she couldn’t cry for assistance.

She claims the young man fought with her and sexually exploited her. Dhat Gal had to move out nude after the event since her clothing had been torn apart.

She declined to report the event because she did not want her tale to become public.

When asked why she was talking about it now, Dhat Gal replied she felt the story had passed her by.

Because she cursed the rapist, she claims she does not believe he was alive.

She also stated that she had an infection, which she was able to treat with drugstore medicine.

She, on the other hand, has not checked her status because she is afraid.