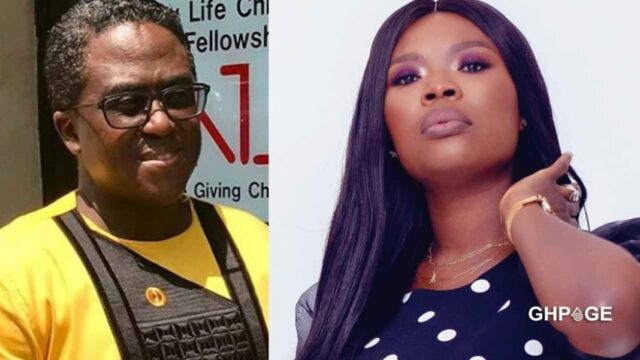 Geeman has become so fascinated with Delay’s image that he has stated that he left the United States just to marry Delay.

Geeman stated in an interview with Fiifi Pratt on Kingdom Plus Fm that he plans to walk down the aisle with his diva, Delay.

in his words: “Marrying Delay is one of the biggest plans I intend to achieve.

“After I lost my ex-wife, I have not married any other woman. I traveled all the way to Ghana to purposely marry Delay.”

When Geeman was imprisoned for the murder of a taxi driver in 1995, his aspirations of becoming a global superstar were cut short. He served a total of 14 years in jail.

For his part in the crime, Jaga Pee was sentenced to life in jail, while the primary perpetrator, Geeman, was placed on the death list and handed the death penalty. When they appealed, Jaga Pee’s sentence was reduced to two years, but Geeman’s conviction was upheld.

Geeman was ultimately set free because of a presidential pardon. Before leaving office in 2009, President Kufour issued pardons to a number of Ghanaians, and he was among them. The family of the slain cab driver petitioned the court to let him go, according to Geeman in a recent interview.

With his image tarnished and hence unsuitable for parts, Jagger Pee moved to the United Kingdom and stayed for five years. In 2006, he was deported someplace and returned to the film industry, although with little success.