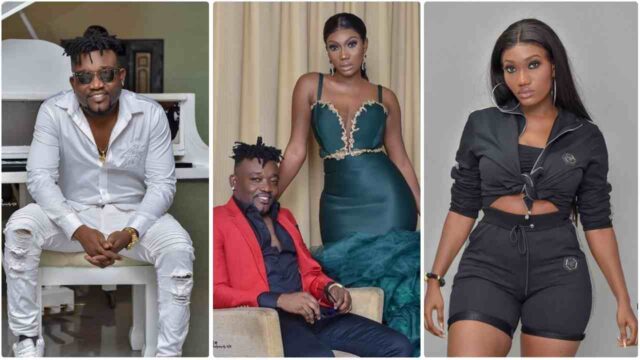 Bullet, the CEO of Rufftown Records, has been accused of stealing a song for Wendy Shay by longtime friend and Root Life musician Dry Bones Africa.

Dry Bones Africa has been having a tough time with Bullet since Wendy Shay’s song “Masakra” hit the airways, and he doesn’t appear to be letting up anytime soon.

Dry Bones claimed during an interview with CM Showbiz hosted by Kofi Tano on CMGH TV that he had no beef with Wendy Shay, but rather with her employer, Bullet, from whom she follows instructions.

“Masakra” is one of Wendy Shay’s successful songs from Rufftown Records, although Dry Bones claims Bullet stole it and reworked it for his artist Wendy Shay to perform.

Bullet has been a long-time buddy of Dry Bones’, dating back to the 1990s. Bullet used to come to his barbershop and they did nearly everything together, he recalled.

He said that he used to sing the “Masakra” song while they were together and that he had intentions to release it, but that he couldn’t afford the recording session and that he wanted his song to be in the slow highlife genre.

Bullet reportedly stole the lyrics of Dry Bones’ song, combined them with afrobeat, and offered it to Wendy Shay as his own, according to Dry Bones.

He claims to have called Bullet to the copyrights committee on the matter. Bullet demanded that the dispute be resolved peacefully outside of the Copyright Commission, but he has yet to hear from Bullet about the music, he continued.