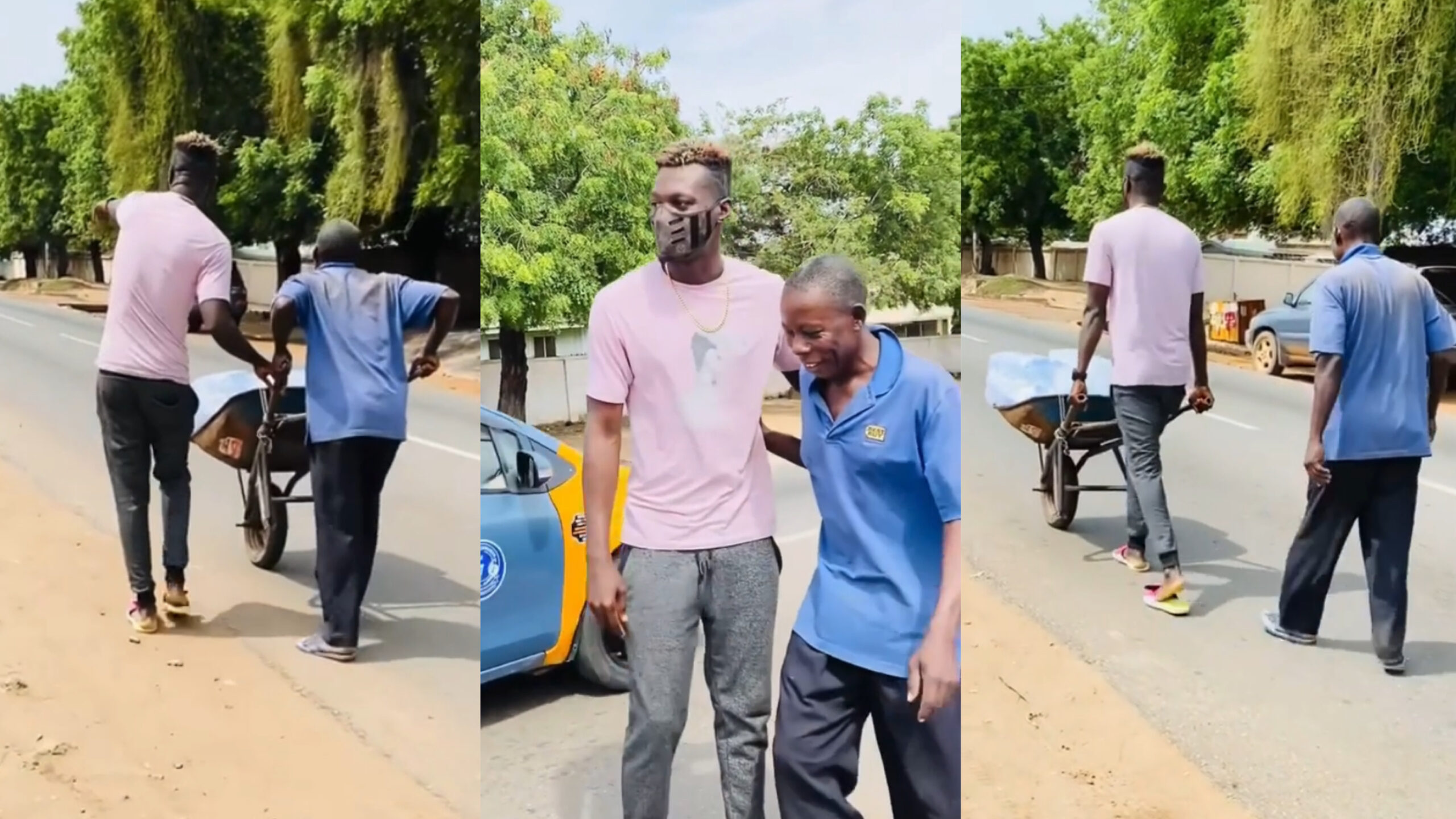 After a video of him showing kindness to an elderly man surfaced online, Keche Joshua, a member of the award-winning music duo Keche, melted hearts on social media and gained the respect of Ghanaians.

Keche has demonstrated that he received good home training in a video posted to his Instagram page, in which he runs to assist an elderly man pushing a wheelbarrow loaded with sachet water bags.

For obvious reasons, the unnamed elderly guy was hesitant to hand over the wheelbarrow to Joshua at first, but after many persuasions from the rapper, the old man agreed.

After assisting the elderly gentleman to his final destination, the guy thanked Keche Joshua and the two parted ways.

He captioned the video he shared:

God please bless the street, have been there

However, Dhat Gal, a young female Ghanaian musician, has spoken up about a sexual assault she endured a few years ago.

The teenage singer recently came up about her drug addiction and how she was sexually molested.

She confessed on the Delay program that she lost her virgin pride to rape, an event that saddened her and that she would not wish on anyone.

She informed the presenter in a somber story that a buddy who had introduced her to drugs had also invited her to join her to a place.

She said that a woman friend led her to meet a group of three guys, but that she was unaware that the friend had accepted money from the men in exchange for the prom…continue reading