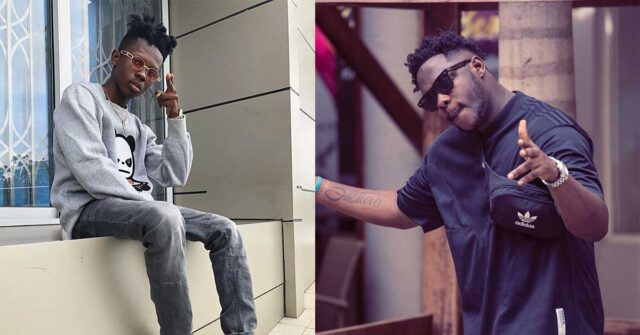 Kumerican rapper, Strongman has stated that Medikal, a fellow rapper and, occasional antagonist, is the most reviled rapper of his generation.

In an interview with Kay Official on Y102.5FM’s Dryve of Your Lyfe, the rapper said that he used to be on the receiving end a few years ago when other rappers would take it out on him, but that Medikal has now taken over the mantle.

He made the remark to soothe Patapaa, who had just gone insane due to the frequent mockery he receives from Ghanaians and artists. Patapaa receiving references in other musicians’ songs, whether unfavorable or positive, indicates to him that he is on the correct track musically.

“Some individuals have been creating music for a long time but have never had any shoutouts or references in other people’s songs, not even a diss. But if everyone mentions Patapaa in their songs, it indicates he’s got something and a craft that people like,” Strongman said on Y102.5FM’s Dryve of Your Lyfe with Kay Official.

READ ALSO 👉  "If somebody do u good, it's either you talk about it or not"-Fella Makafui Supports Medikal

Strongman stated that he was the number one musician in Ghana a few years ago and had faced dissing and trolling, but he did not let it stop him, and he encouraged Patapaa to have the same commitment.

“I used to be the most hated artist every year, but now I’m in second place. Medikal is now the target of the greatest abuse from Ghanaian musicians. Sarkodie was the most maligned and attacked musician three years ago, and this is understandable. If this occurs to you, it means you are doing something they enjoy.”

The rapper was quick to point out that the Kumerica vibe did not emerge overnight, and that, like all great things, it was initially dismissed.

As a musician, you will always be criticized and subjected to verbal abuse, but you don’t have to listen to them, according to him. “Patapaa is on to something and has to forget about everyone. His song “One Corner” was a smash hit.”