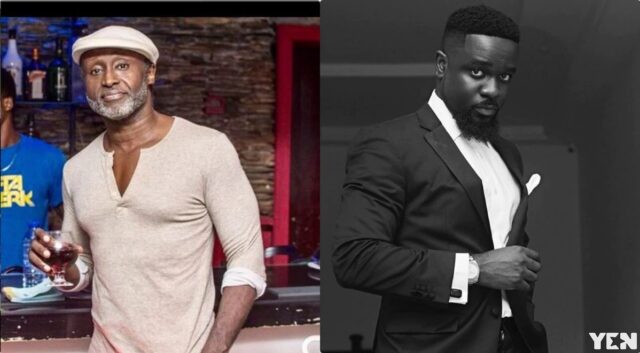 Reggie Rockstone, the hiplife legend, believes Ghanaians should quit criticizing rapper Sarkodie for recent statements made during an interview on a Nigerian radio station while promoting his new album “No Pressure” in Nigeria.

Sarkodie has been on a media tour in support of his new album, which features top-notch African artists.

Sarkodie’s hard work and musical successes are not appreciated by Ghanaians, according to a radio DJ, and the multi-award-winning rapper should be appropriately recognized.

In response, the Highest, King Sark declared himself dumbfounded and requested that the interview be trended – implying that he agrees with the presenter’s statements.

Sarkodie’s response, on the other hand, drew varied comments from the entertainment business, fans, and the general public.

Some detractors have blasted him, accusing him of being ungrateful.

On UTV’s “United Showbiz,” entertainment journalist Arnold Asamoah Baidoo claimed that Ghanaians have overwhelmingly backed and loved Sarkodie, but that it is Sarkodie who is not giving Ghanaians credit.

Reggie Rockstone, the founder of Ghana’s Hiplife music genre, has begged Ghanaians to give Sarkodie a break in an interview on Peace FM’s “Entertainment Review.”

Sarkodie, he claims, is flying the Ghanaian flag and hence does not deserve the harsh comments.

READ ALSO 👉  I cry for the future of Hiplife - Okyeame Kwame

“The reason we’re being so defensive is that we have a guilty complex,” Reggie Rockstone said.