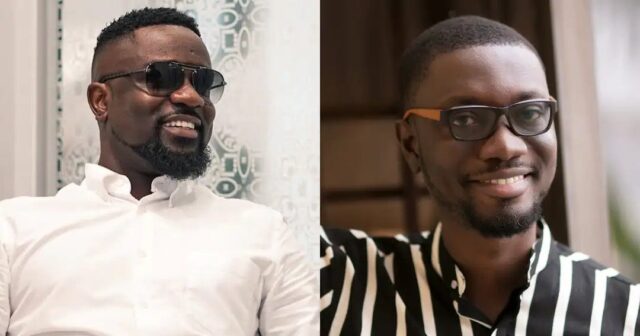 Sarkodie, the multi-award-winning rapper, will still be relevant in the music industry after a decade, according to renowned entertainment writer Ameyaw Debrah.

Ameyaw Debrah, in an interview with Yen.com, projected that Sarkodie’s rule will last at least a decade, praising the artist’s originality and constancy in the music business.

Sarkodie is presently on a tour of African countries. He started his trip in Nigeria and then continued on to Kenya. Remember that Osi Suave, a Nigerian broadcaster, claimed that Ghanaians do not respect and support Sarkodie sufficiently. A remark that sparked a lot of discussion on social media.

This was stated by Osi Suave during a recent interview in Nigeria with rapper Sarkodie. Ameyaw Debrah, speaking to Yen, refuted the Nigerian presenter’s claim, claiming that there isn’t a shred of truth in it since Ghanaians recognize and respect Sarkodie’s value.

“Whether or not he has a huge smash song, his ability to be dynamic and innovative keeps him relevant. He’s reached the stage where he’s developed a solid fan base that allows him to be himself rather than chasing hit songs after smash songs,” Debrah explained.

“And I believe that is what will make him, Sarkodie, even more significant in 15 years. To be honest, even in America, we haven’t seen one individual emerge in one sector and be important year after year for over a decade.”

“We can’t say that about someone like that in America, which is arguably the most developed music market in the world. And I believe Sarkodie deserves whatever plaudits come his way for doing this in this area and doing it so well,” he said.