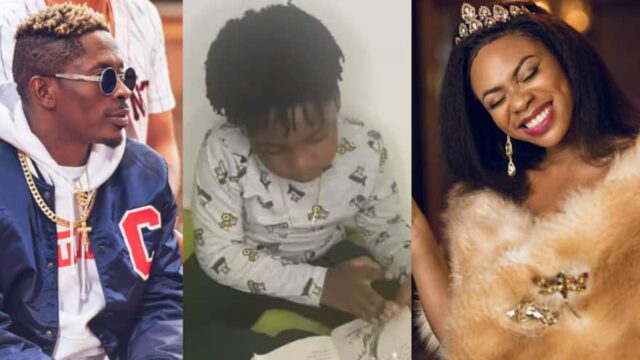 Shatta Wale’s son, Majesty, has stunned Ghanaians with his enviable reading skills in a new video.

Being supervised by his mother, Majesty happily flipped through the pages of his book to read from William Shakespeare.

His mother, Michy, shared the video to her Instagram page and indicated in the caption that it was the longest reading ever Majesty has had.

The expression on Majesty’s face as he read proved that he was really enjoying himself with the book.

In other news, Diamond Michelle Gbagonah, popularly known as Shatta Michy, has disclosed she’s ready to have her second child with another man

The ex-girlfriend of dancehall artist Shatta Wale who doubles as his baby mama with a six-year-old son, Majesty, made this known on photo-centric social media platform Snapchat.

According to Shatta Michy, she already has a vision of how her second child will look like but the only thing left is the man to fertilise her riped ovaries and make her continue Reading