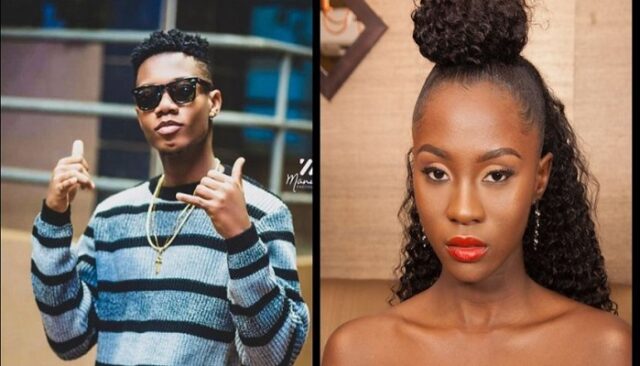 Cina Soul has stated that we shouldn’t be shocked if she and KiDi get married eventually, despite the fact that they are simply friends right now.

Cina Soul stated she vibes a lot with KiDi when promoting her new song Feelings, but there’s nothing romantic going on between them and the rumors of their relationship aren’t real since they’re just best friends that vibe well and a lot.

According to her, her friendship with KiDi extends beyond best friends, and he even composed 80 percent of her new song and produced it for her, demonstrating how much they love and value each other as friends and how great their vibe is.

Cina Soul, in response to presenter Ola Michael’s question on whether we should be shocked if we see her and KiDi settle down as husband and wife, said yes, we shouldn’t be surprised if she settles down with KiDi someday, despite the fact that they are just friends.

Cina Soul and KiDi have been pals for a while and have been denying dating rumors by stating that they are simply friends who get along well, but Cina Soul has recently stated that we shouldn’t be shocked if she and KiDi marry one day.