Home ENTERTAINMENT NEWS Video Of Yvonne Nelson Running Away From Crab In Her Kitchen Pops... 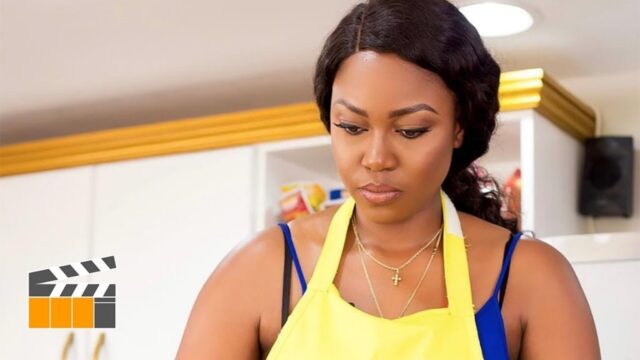 Popular Ghanaian actress Yvonne Nelson is shown panicking and fleeing from a large crab in her kitchen in a video shared on social media.

The video shows Yvonne Nelson dumping crabs into her sink from a waving basket. When the crab fell into the sink, the popular actress panicked and ran away, causing hilarity among herself and the guy filming the scene.
Despite the video’s amusement, Yvonne Nelson posted it to Instagram with a caption: “I freaked out… still ate them all.

Following Yvonne Nelson’s post, the video received a lot of attention on social media, with many people laughing out loud in the comments area.

Allow me to immediately relieve you of your excitement by showing you the video below of Yvonne Nelson screaming and fleeing from crab in her kitchen.