Home ENTERTAINMENT NEWS “I Have Been To Hell And Back” – Da Hammer shares His... 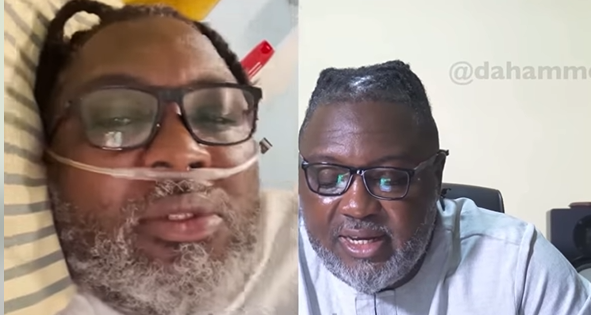 According to the renowned Ghanaian record producer, Da hammer after acquiring COVID-19, which nearly ended his life, he took a break from his normal activities.

According to Da Hammer of the Last Two, he stayed on the medicine for three days, but his health continued to deteriorate, so he decided to get a professional clinical test done.

Hammer also claimed that the testing indicated he had malaria and typhoid, and that as a result, he was treated.

A nurse informed him his malaria and typhoid levels in his blood were too low to be the reason of his bad health, but he disregarded it until he became severely unwell three days later, to the point where he couldn’t breathe properly, he claimed in a video on his YouTube page.

He said, “While describing his story:

I have faced an adversary that I have never faced as long as I have lived. I have been to hell and back, basically and I wanted to share this because it is important that people know what lurks around our neighborhoods, around our offices, around our daily endeavors basically. So a month ago, I had malaria. And you know Ghana and our self-treatment, I go get Coartem”.

it was 1 am, and I was suffering. The bell that calls the Nurses wasn’t working. So I really thought that I was going to go. My breathing became a problem. I was suffering. I had a panic attack. It was 1 am I was calling the nurse. I think I actually shed a tear because I was scared,” he said.