Home ENTERTAINMENT NEWS ‘I Stopped Music Entirely Because I Realized I Was The Worst Rapper... 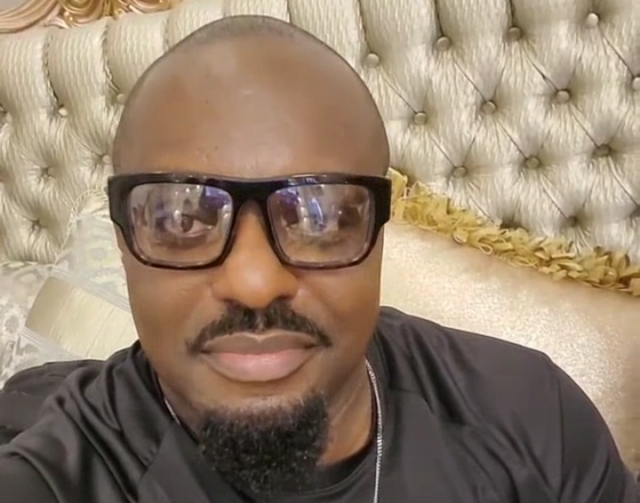 Jim Iyke, the veteran Nigerian actor, has simply acknowledged that he put a stop to his music career after realizing he was the worst rapper ever.

Jim confessed that he should not have entered the music industry in the first place since he had the necessary talent, as he subsequently found when he discovered he was the worst rapper ever. What modesty!

“I believe it was a coming of age issue at the time,” Jim Iyke remarked. I awoke one day, having just begun this business, which was going well at the time, and I was working back-to-back. Something happened and I simply thought I could do anything with my life. I believe I was elevated to second black belt at the time.

So I started music, and guess what? It was an eye-opening experience. Because, by the end of the day, I realized I was probably the worst rapper ever.

However, I had a good time. People shouldn’t take themselves as seriously as I do. People who take themselves too seriously never advance, therefore I enjoy trying new things and failing. There is success in failure.

I know where my limits are and where I should not go. But I also see that there is huge commerce going on there. So I didn’t go out and pay others to do it; instead, I was in that studio, distributing my merchandise.

I probably cut a bigger check than the major bands at the time, so the deal was done. Even if it’s the worst record of the decade, I made money from it.

Untamed is something I’d like to explore as a businessperson, I’ve realized. I’m a far more evolved businessperson now than I was back then. The work I was doing at the time was entirely motivated by passion and self-gratification.

What I’m about to do now is solely for business gain. Obviously, as a better entrepreneur, as a better businessman, I’m more likely to succeed today by enlisting the help of individuals who are genuinely skilled in this field, rather than doing what P-Diddy did by putting himself in front of every record and mucking it up.

So there are no negative experiences in anything you accomplish in life. There is something to be learned here.”