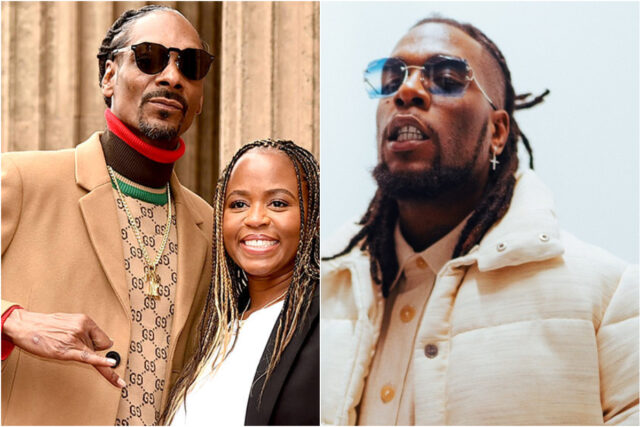 In a latest video, Snoop Dogg and his wife, Shante Broadus, can be seen swaying their bodies to the beat of Burna Boy’s addictive “Ye” song.

Shante Broadus, the old-school rapper’s wife, has been married to him for an amazing 24 years. Shante Broadus was born in the year 1971 in the state of California. She went to Long Beach Polytechnic High School, where she met Calvin Cordozar Broadus Jr, better known by his stage as Snoop Dogg.

She went on to create Boss Lady Entertainment, a music management firm, and she’s also produced a number of films and television shows, including the 2012 documentary Reincarnated, which starred her famous husband.

The footage of the loved-up pair dancing the boogy has enthralled some Burna Boy followers, who believe that the renowned couple is endorsing Burna Boy’s brand.